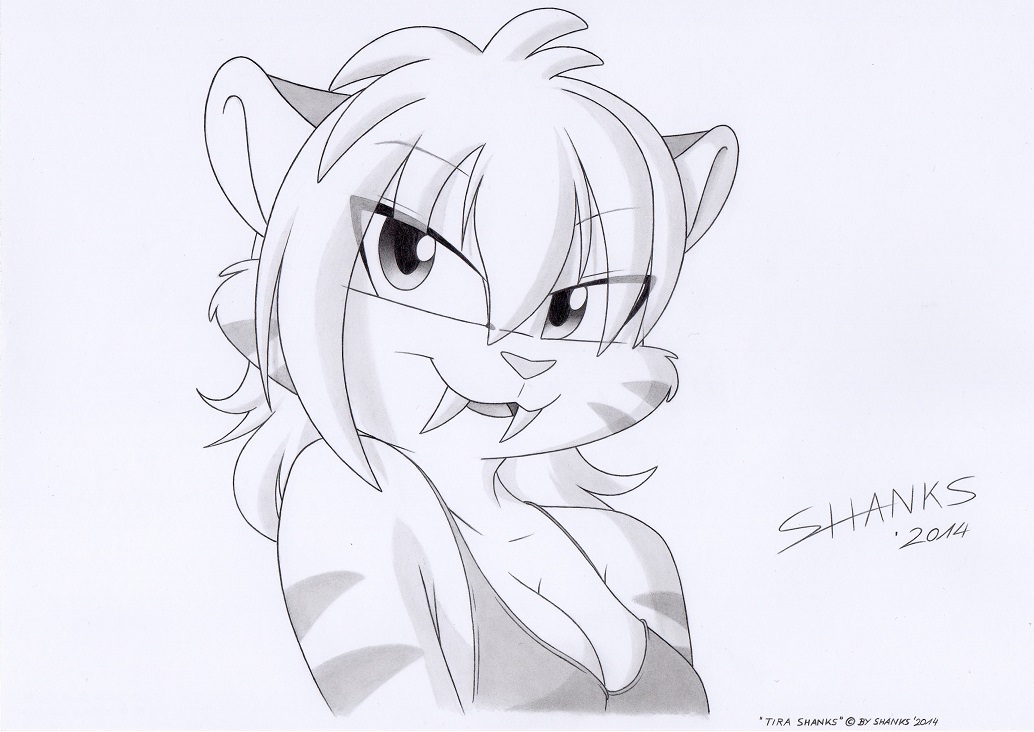 It was in November of 2014 as I had the idea to make more with and on Tira. In 2006 she was an child and was growing up till 2012. I kind of tought “great” a sabertooth tiger girl is something especially as an character. But I wasn’t  happy with the design until I started two years later with drawing again. So I created a complete new design of her and the result was this picture here in Nov. of 2014. This picture is today still the reference for new pictures of her. Also I was really flashed of this design and now Tira is my alter ego. In 2015 I started the “Project Tira”. Tira is constant in further developement like an video game. In 2016 Tira got a new refresh in her design. I want to go back to the beginning in 2014 – 2015 with the design and Tira got a few new characteristics.