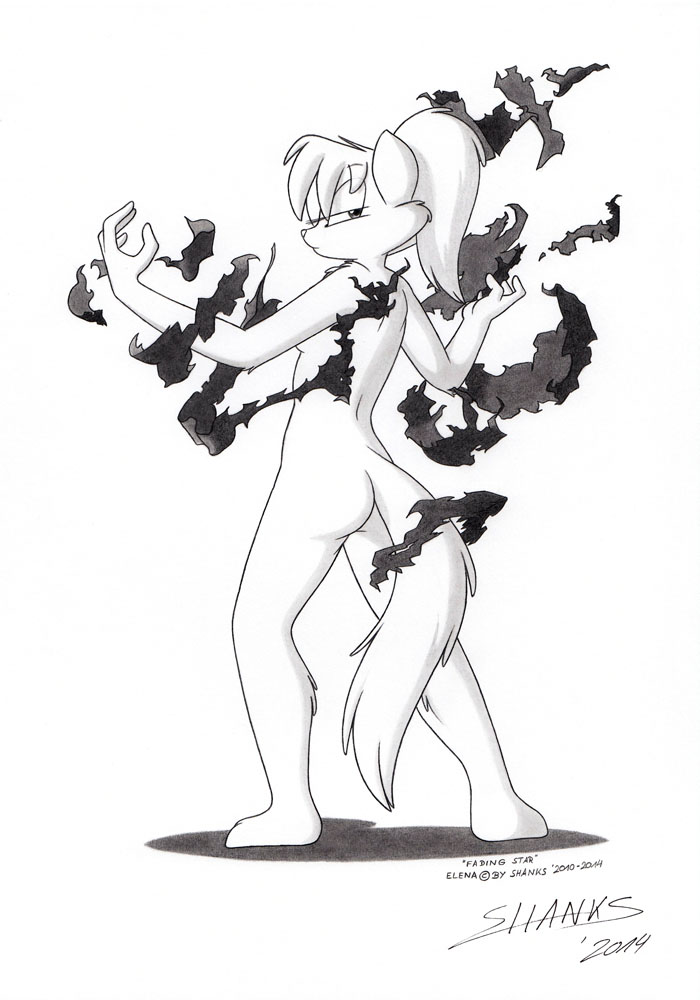 Fading star tells the story about Elena de la Rosa. My first and only hero. Dark, deadly and postapocalyptic, that was the setting were she was finghting versus unknown enemys. A comic was never made. I only created some pictures of her from 2007 till 2015 (after 2014 I only finished some undone pictures). Look in my gallery. There are a some posts of her. You can’t miss her^^

This was the last one of this series and I don’t want to continue it. So the end was to destroy her combat suit… forever. Forever? Maybe not. But I haven’t created some new content of her since 2015.