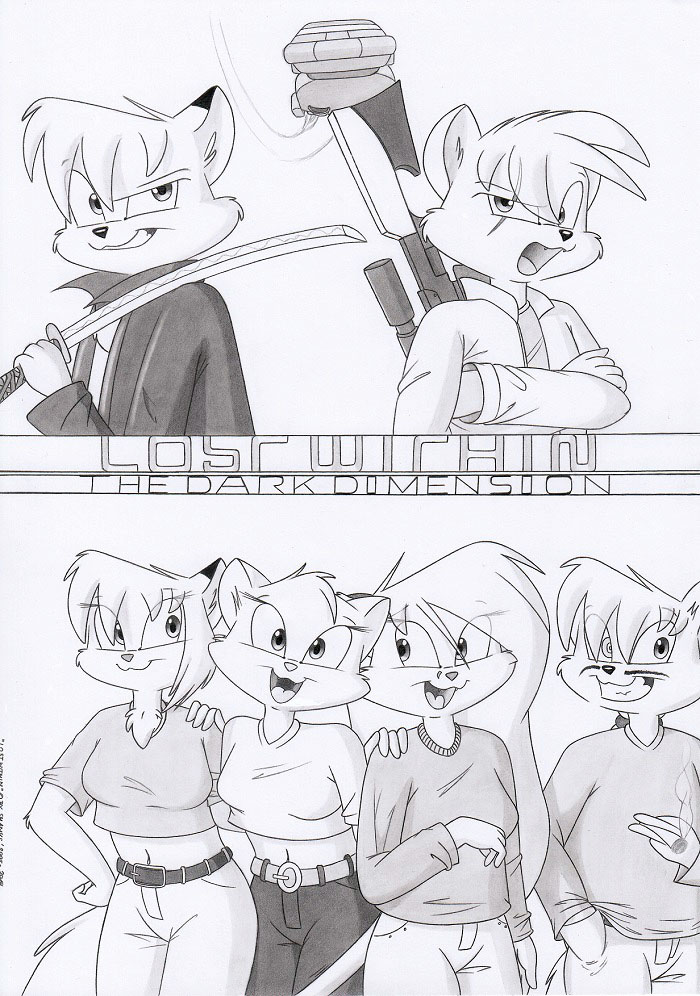 Already at the end of 2014 I had plans for a continuation on my first comic project with “Lost Within 2 – The Dark Dimension”. I started in Nov. of 2007 until the beginning of 2008 with chapter one and two. These chapters are completely sketched. In beginning of 2015 I started also with the institution of the second part, because it was never planed made an second part. Chapter one and two should be parts of the first part of the story and “Lost Within” was longer than 320 pages. But I must finishing the first part with some cliffhangers. In March of 2015 I broke with the continuation because I started with the continuation of “Buzz’in Hornets 2 – Riot Act”. “Buzz’in Hornets 2” Is in the final completition. Now I don’t have concrete plans to continue “Lost Within”… at least before 2018.

On the picture you can see the two main characters and togehter the two rivals Max and León. Down on the picture you see one of the four Phantom crews: From left to right: Cassy, Amee, Michelle and Rico.