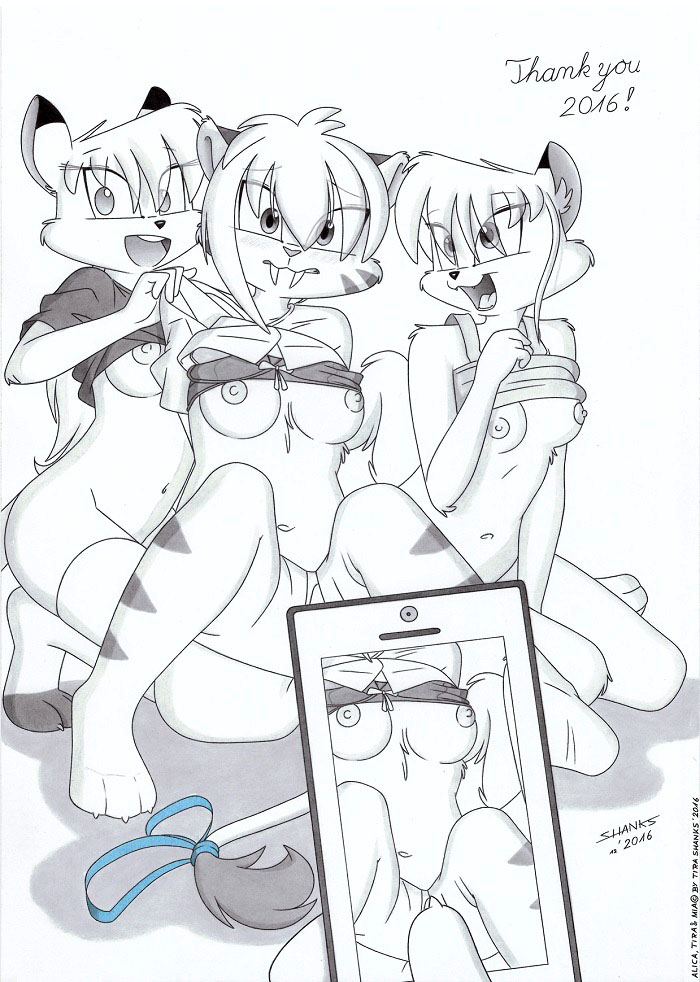 It was the last artwork I made in 2016. Done only a few hours before 2017. It was also two weeks the cover for the special on the main page. Mia, Tira and Alica having her own way to say thank you for an great year 2016. So I had an good run since June 2016 on my drawing board with only a few weeks forced break. In 2017 I will kick it up in a notch.

The blue bow on Tiras tail is her new brand. Ist not really a sidekick I changed from red to blue. It’s more the new brand for my new project “End of Silence”. The production will still in Janaury or rather in Febraury.

Done with different penicls and a blue Polychromo crayon in round about 22 hours. And yes, the szene on the smartphone is also hand drawn and not an duplicate 😀