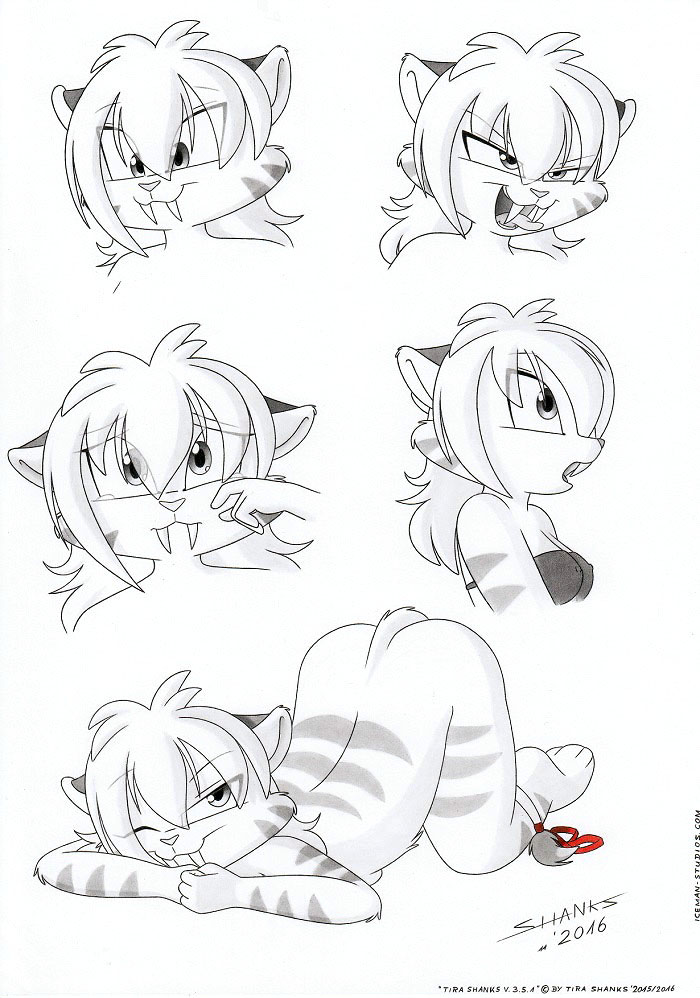 The time has come to post an character sheet of my new Tira design that I use since 2014. Well, not really new but this sheet is from 2016 and the sketch of this work from the middle of 2015. Meanwhile Tiras design changes a little bit again. But this here is an almost new design. The in end of 2014 developed design I will constand continue to develop. The biggest design changings since 2012 were the head like the eyes, the mouth also the saber tooth, the hair and the chest area. It was also first in November 2014 as I choosed Tira to my sona and alterego. Reason enough to make an makeover!

You can find Tira in this comics: