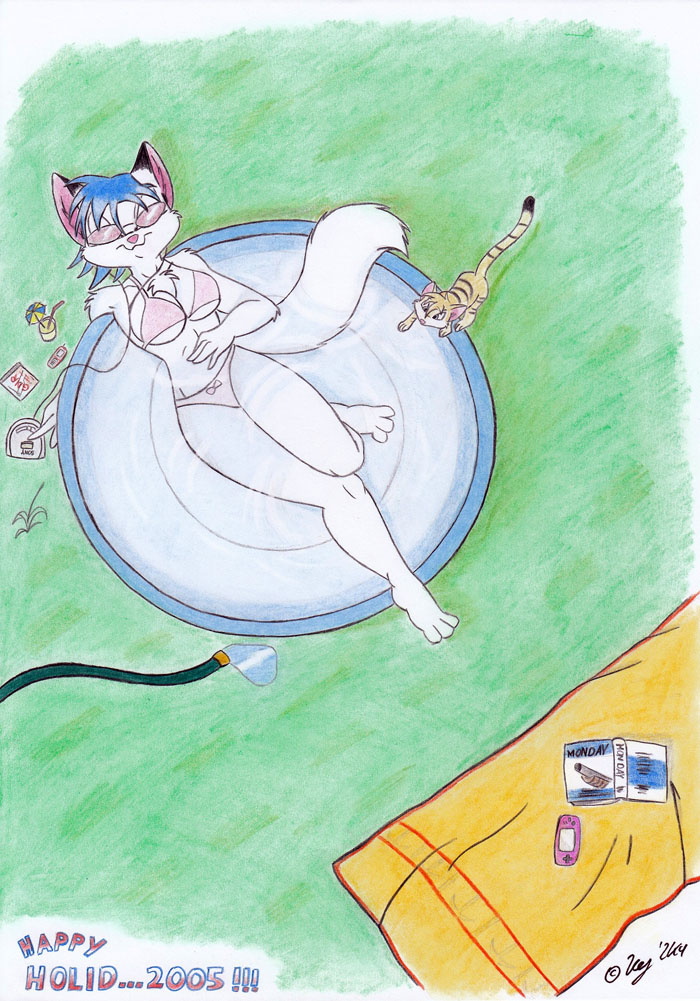 The style was similar the style of today. The fox girl in the pool is Alica – still one of my main characters. The Kitty on the pool edge could be a first version of my cat Cleo I developed later in 2009. Yes, the title says 2005. I was like a announcement for summer 2005.

Done in 2004 with different crayon colors. The production of this artworks tooks round about 10 hours. But I don’t know the exact production time. I started in 2009 to record and notice the time I working on each artwork.