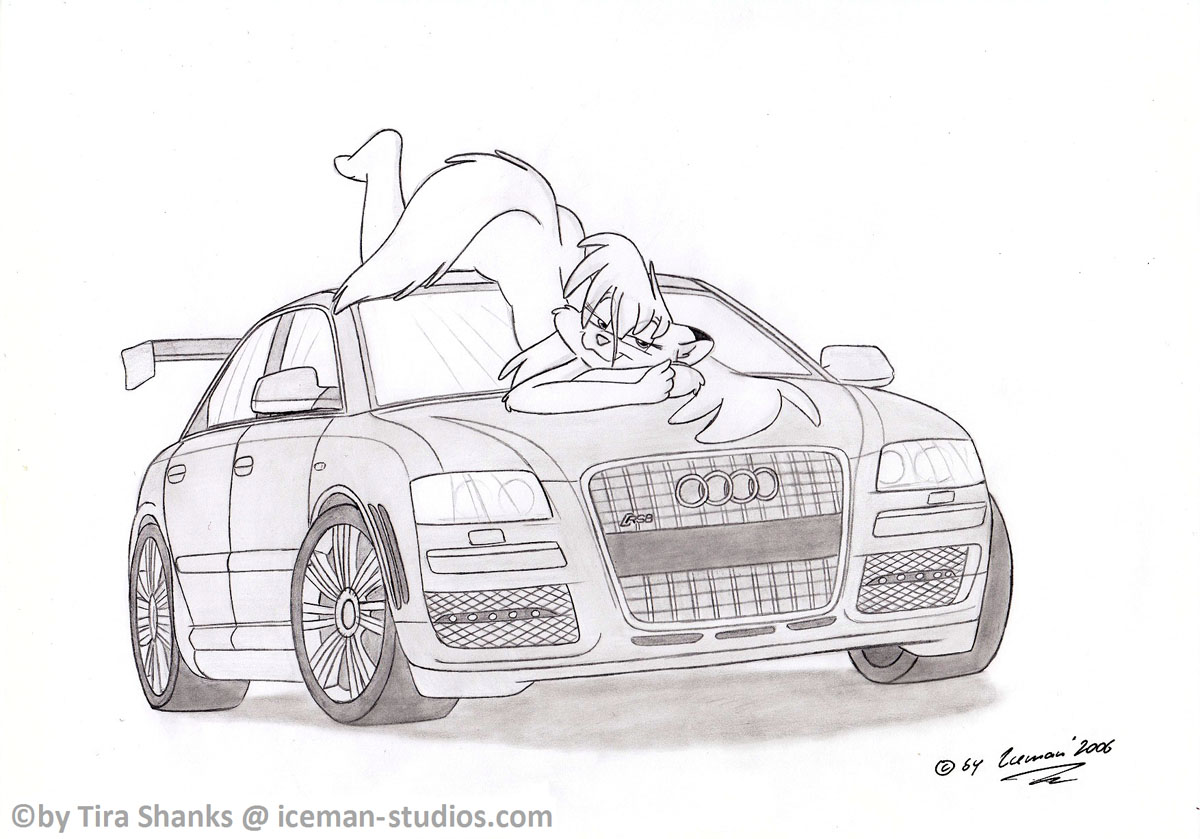 Around 15 years ago I was often drawing pictures like that. Technical drawings and vanishing point drawing, as well as objects in focus. My chars was playing only the sidekick. Audi RS8… never builded… well… ok, Cassy had one XD

The interest how I plan and draw has changed over the years all the ways. And cars… well, I don’t draw them only in rare cases like my comics^^

This picture was never planned for the big stage.

A small trivia: In 2007 I was drawing a similar picture with Tabbie (my white Tiger girl) on an Audi R8. I sold it. Until today this is the only picture I sold from my own picture stock (although with regret).

Done in November 2006 with different pencils.