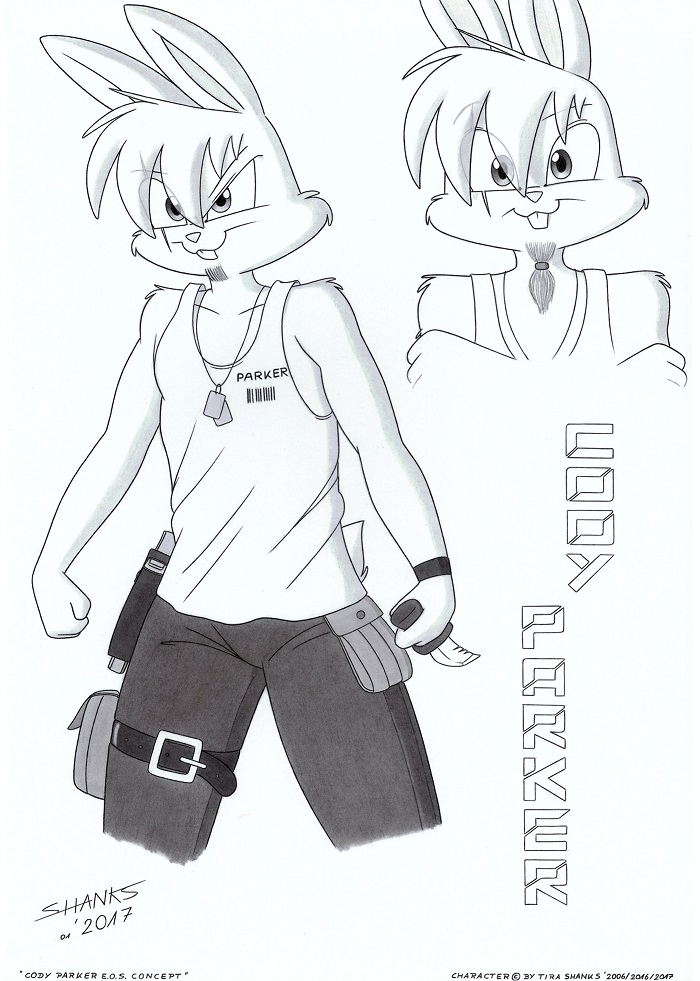 Actually a work for the category characterdevelopement. But this here is an completly done artwork. In 2006 I had first concepts of Cody. He was an character that I wanted to integrate in the story of Lost Within (later for the second part). But I never drew the second part of this story yet. Ten years after the first concepts I had the idea to use him for “End of Silence”. This should be the right way to use this character again. I am not sure if I use this design here. Maybe I will change a few little thins on him. But I am sure he’s almost near the final design.

Done in 2017 with different pencils in round about 12 hours.