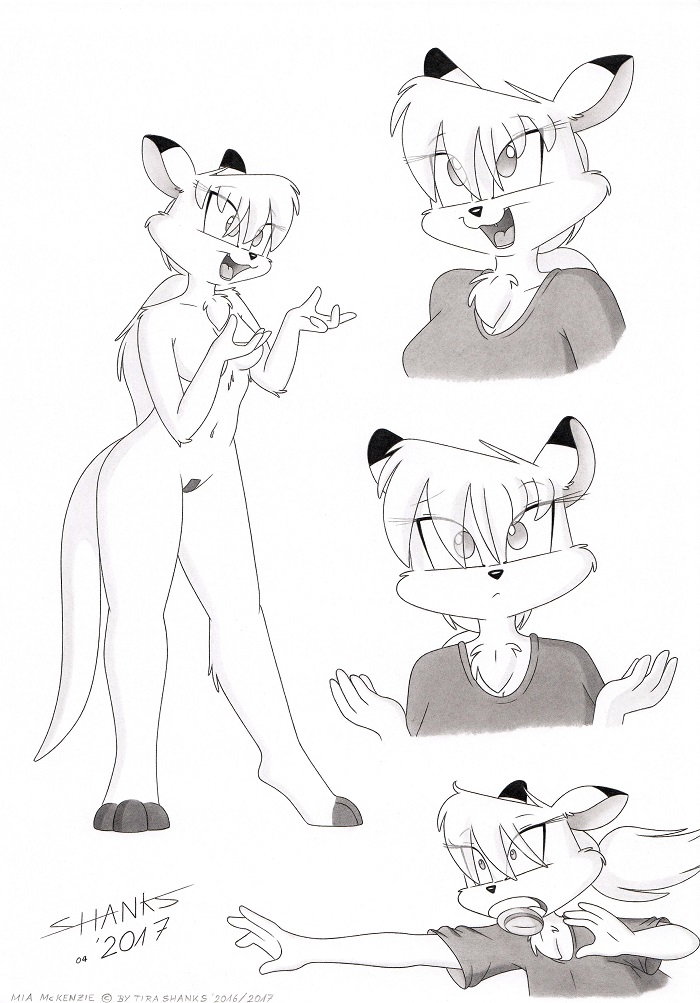 Mia McKenzie. Long time I wasn’t sure whether she’s Sandys sister or not. Nope, she don’t. The difference between the two Kangaroo girls are not only the marks like ears, fingers, feets and eyes. She’s btw. an Wallaby, the smaller version of the hopping animals from Down Under.
Mia is an part of my second character generation from 2007/2008. Up to now I haven’t put her in an comic project. But surprise: She’s one of my most popular characters. I use her often for 18+ artwroks 🙂

Done in 2017 with different pencils in round about 14 hours.