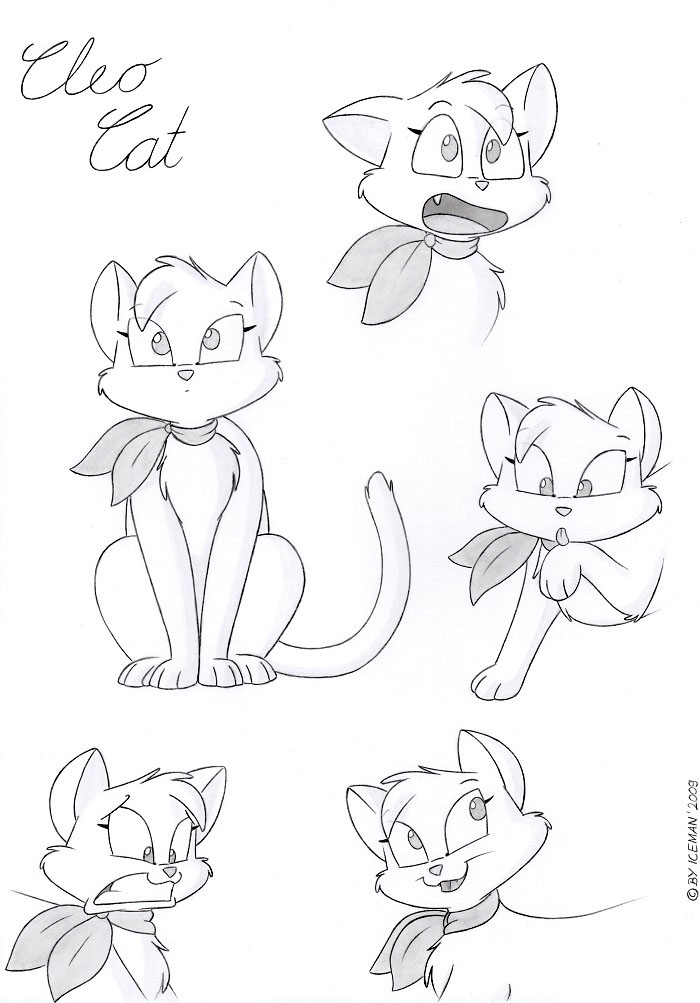 The idea for the cat Cleo came from… Half-Life 2! A cat in Half-Life 2? Yes, you read right. She is a hint of doctor Kleiners “cat” Lamar in the game. But to the character. In 2005 I had an idea for a non anthro cat. Cleo is the right character for small acts in storys and comics. To her charakteristic belongs the red neckerchief (in some pictures) and figuring on some Half-Life hints. She is still steady in her desgin with a minimum of alterations.

You can find Cleo in following comics: