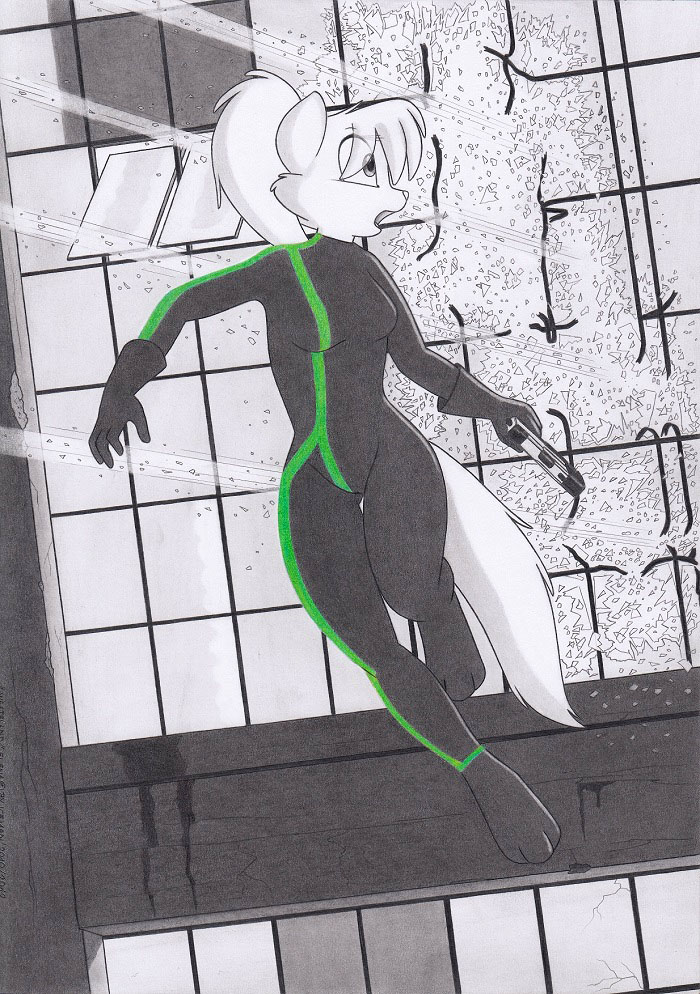 The concept with Elena in a Cyber-Action scene has his source in 2007.
There is no really assignation for this Elena concept. But it reaches up to a dozen pictures like that until today. Actually the plan was to put her in a comic. But the comic it doesn’t exist till today. That could be changing soon with a new comic project. Her weapon (a USP) is similar with the weapon from Half-Life 2 and belongs to her since some years. The suit with the green stripes is also her equiptment since the origin.