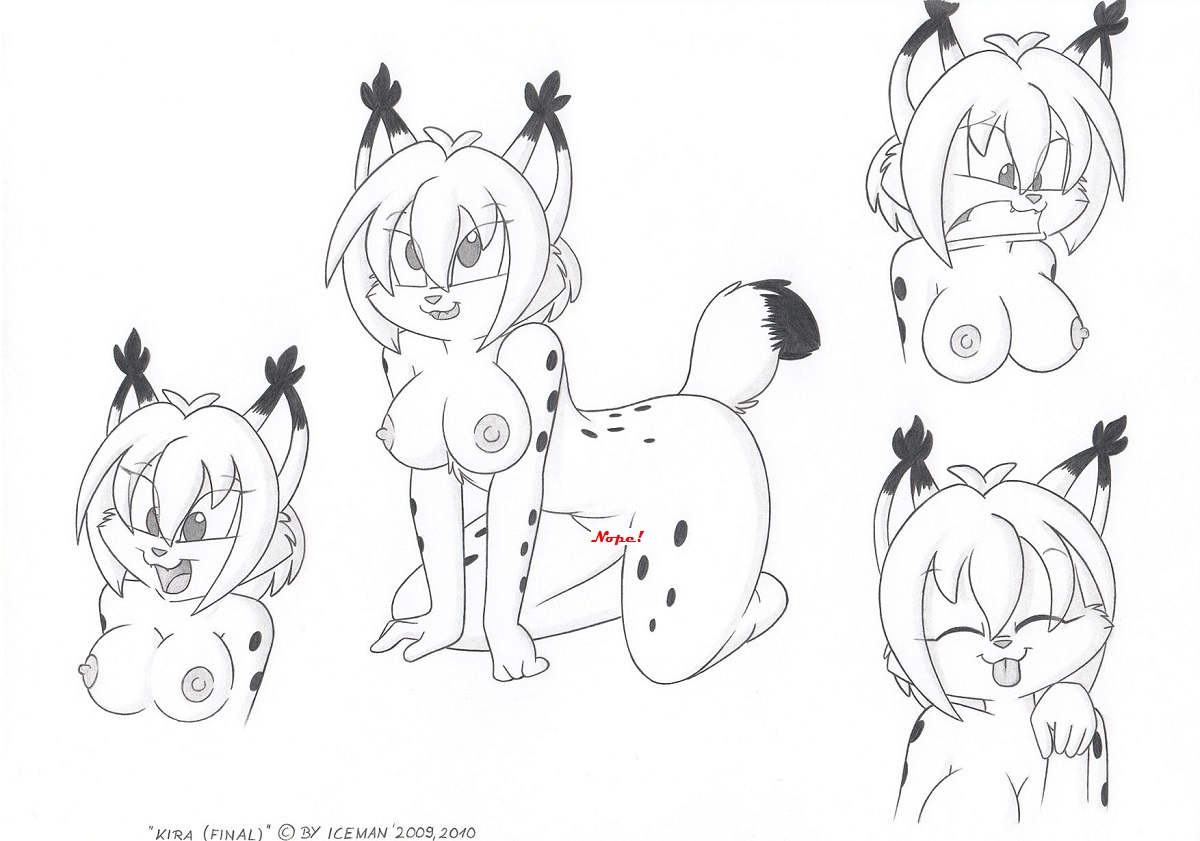 Kira! Well… about Kira can I say that she’s one of my permissive characters next to Mia. 70 percent of the works with Kira are 18+ works. But that not means I can show her here in my character list 🙂
I developed Kira as the last of my second character generation in the end of 2009 (in the first two artworks Kira had no fur spots). In the beginning of 2010 I created this sheet as the final Kira.
She was also the first character with an new design. The head and the eyes are similar to anime and manga designs and I haven’t changed the design until today… but why, it looks still pretty nice. Kiras body size is btw. more small than my other characters. Kira is really naughty and she’s indecent like Tira.

You can find Kira in this comics: