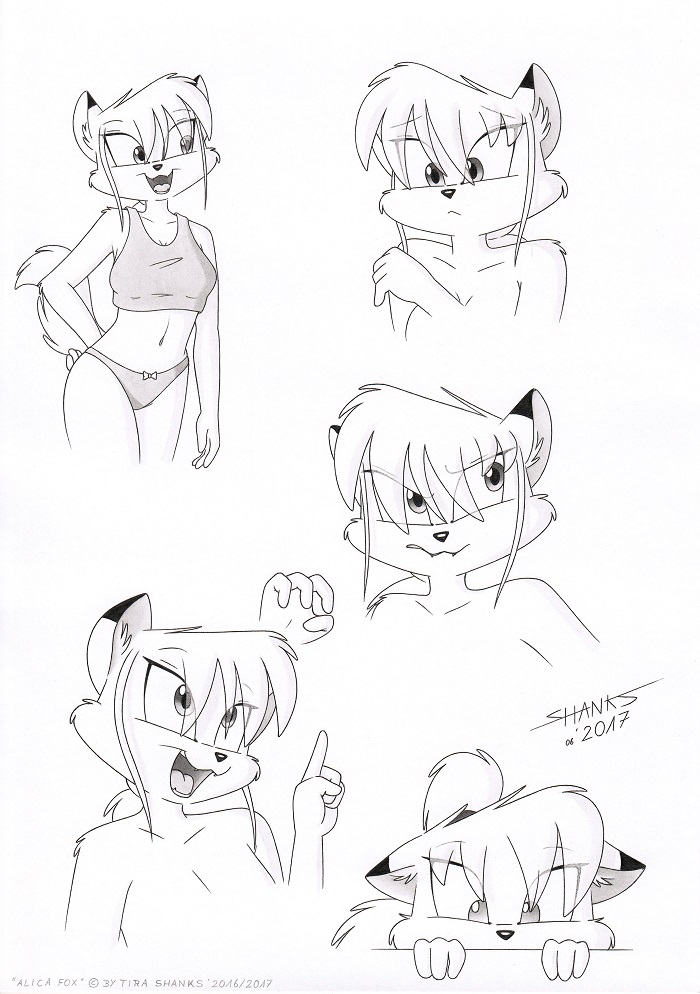 Alicsa is one of my oldest characters and still one of the most characters I using fpr artworks and comics. Alica is an character from the first generation I made in 2003 – 2005 and is one of my four fox girls once I draw. I don’t draw Amanda and Vicky since 2004 any more – expect the character sheet of Vicky in 2011. Cassy was until 2007 active in my fox squad. But since 2010 I draw Cassy in new design again sometimes.
Alica is the younger sister of Max. A relationship to Cassy consists too. In 2014 I changed the design of Alica. I made her more modern and sophisticated, but I still use the old design. Meanwhile Alica is the second main character in my Rico comics since 2009. Conny was it before (2006 – 2009).
In 2015 I created the last Alica update until today. I made an child character of her.
Alica would be still an most frequnted character in my drawings. One reason is that she’s very popular meanwhile.

You can find Alica in this comics: