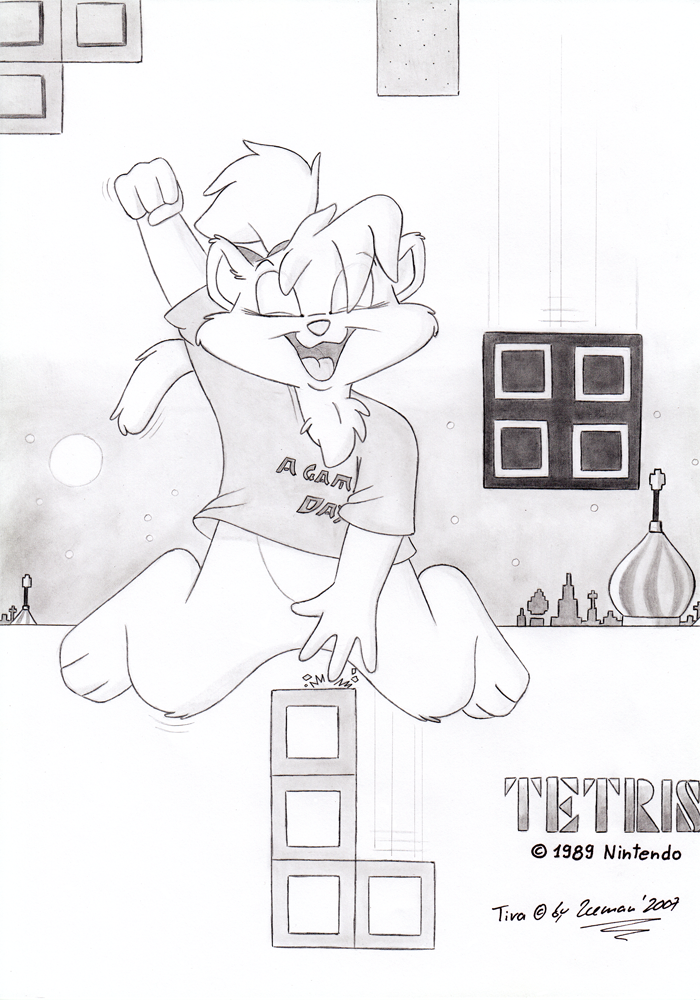 Number three of the “Tira in videogames” theme series and the last one is featurun Tira in the world of Tetris. The games I drew as theme in this series were games I was play much time in my childhood.
The background in this artwork here is an original from the first Tetris on Gameboy from 1989. The shirt that Tira is wearing is the titel from an indie movie named “A Gamers Day” from 2005. After that I had the idea to change this artwork series to a comic series with Tira and some other character of mine. I did this comic series till 2016. At the moment this series is waiting for an reboot.

Done in 2007 with different pencils in round about 14 hours.