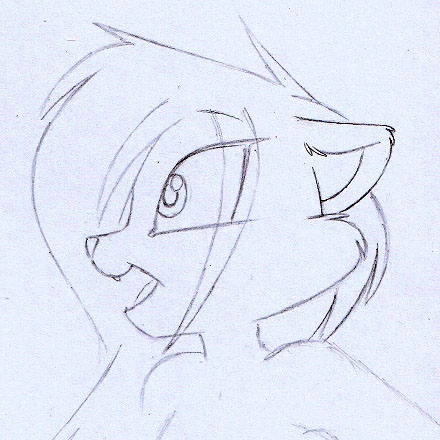 It was in the year 2006 and 2007 I tried to drawing wild cat characters. Tira was still a child and I don’t had a big deal with many details in my characters. Today this is completely different. To draw characters more individual and for better recognize I am testing some typs of details. In this case I trying to draw he typical wild cat chin “Hookchin”. Actually already tried in 2006/2007 I stopped the further developement. Ten years later a new beginning in this design. I don’t plan to use this design in current characters. But I will choos the new design option for new characters in future. All in all I hold the basic idea. Technical in drawing I adjusted the upper picture in the current drawing design on my comics and pictures. It is not final. But in this case this is only a concept drawing 🙂