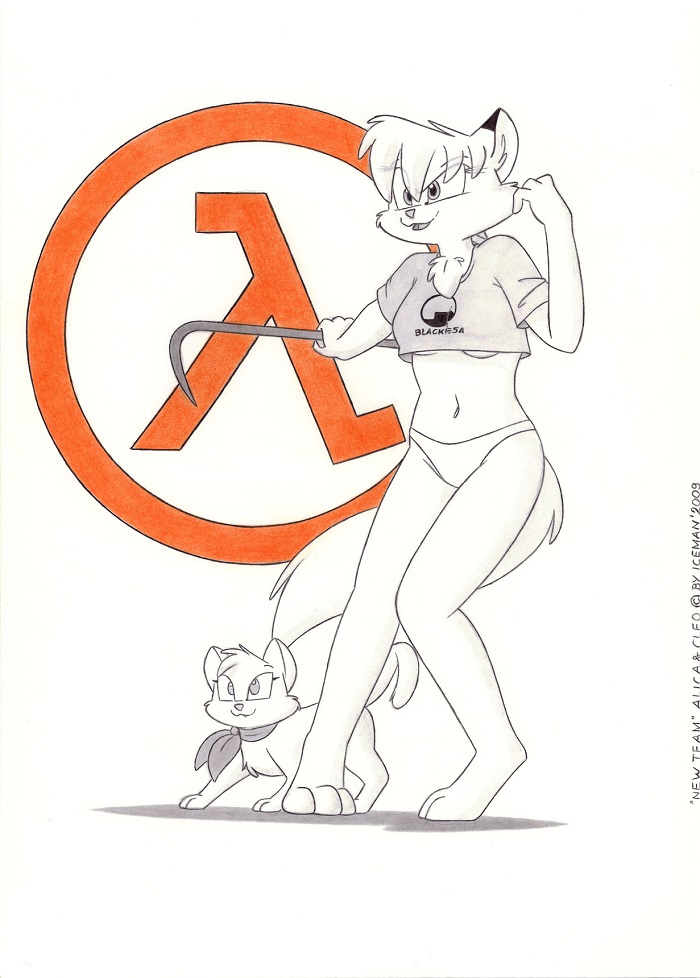 There were and are still the two characters that I associate with the Half-Life series. 2007 – 2009 and actually I still love to play the Half-Life games. Alica and Cleo have evolved as my Representative for the game. Currently I have no new pictures of this kind, but Alica and Cleo are still an team and will also continue to exist. “E.o.s.” will be only a goal of the two.

Done in 2009 various pencils and a mix of red and orange in about 8 hours.