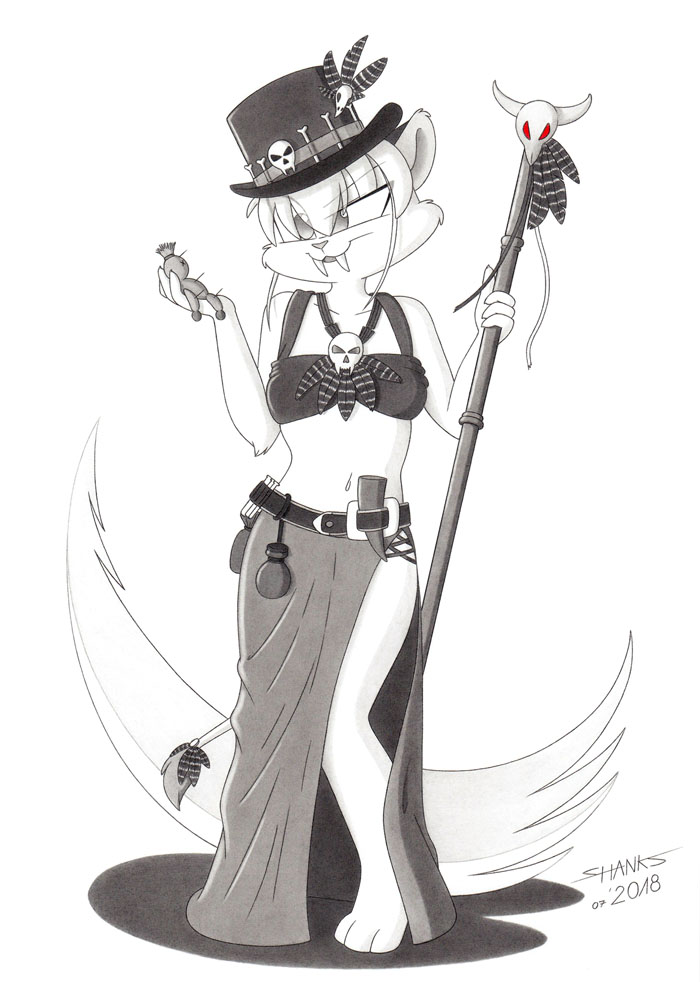 This year was the 14th H-Con in Odenwald Germany. Like in 2015 I had the honor to create the con-shirt design. The theme of this con was Voodoo.

This artwork is for the con book. It’s a finalization of a sketchbook sketch I created in March and April 2018. Sofia – actually the sister of Tira without tiger stripes and a few changes in her design – was until to the finalization of this artwork only a concept character. Sofia was choosen for the con-shirt design by me and the staff of the con. The idea to create Sofia as centaur was a additional idea (only shown on the shirt).

Queed Diamond is the second name of Sofia only for this artwork. Derived from the original name King Diamond, a metal vocal artist that also had to appear with the Danish band Volbeat.

Done in July 2018 (the concepts in March and April) with different pencils. Because of some details I took round about 33 hours for this artwork. The red is a Polychromo red.