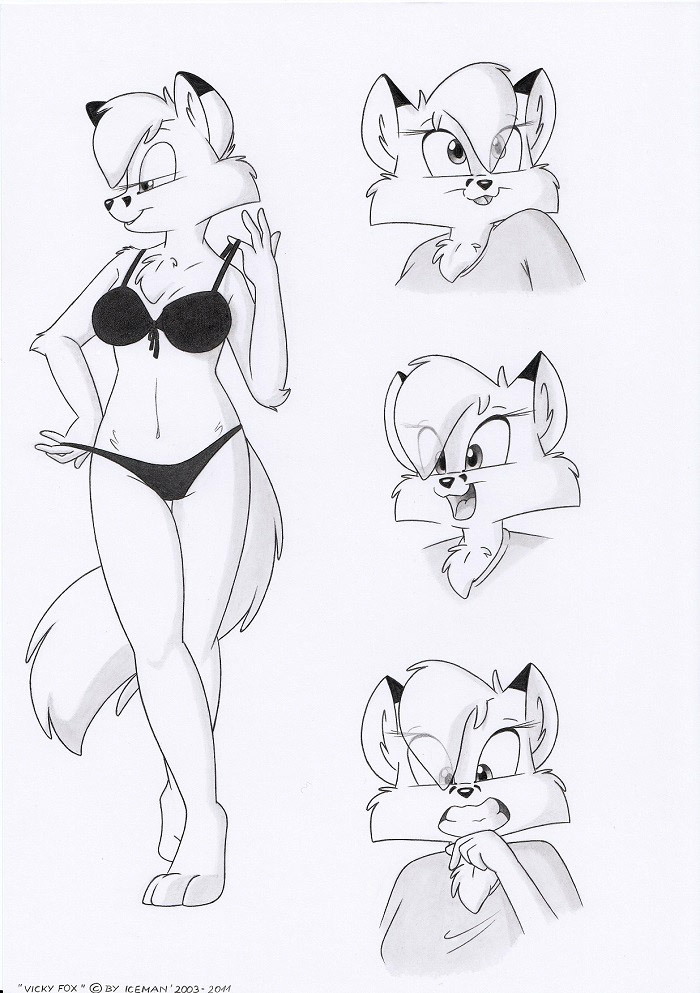 In 2003 Vicky Fox was my first character in the beginning in drawing. Until to 2005 I had draw many pictures of her and her big sister Amanda. Since the end of 2005 I haven’t drawn her any more and she was not in my active character cadres. But in 2011 – to not forget her – I drawn a character sheet of her. I have no plan put Vicky in any projects. No comics no artworks or something. But never say never… Also there exist no pictures of Amanda. I stopped the character developement also in 2005.