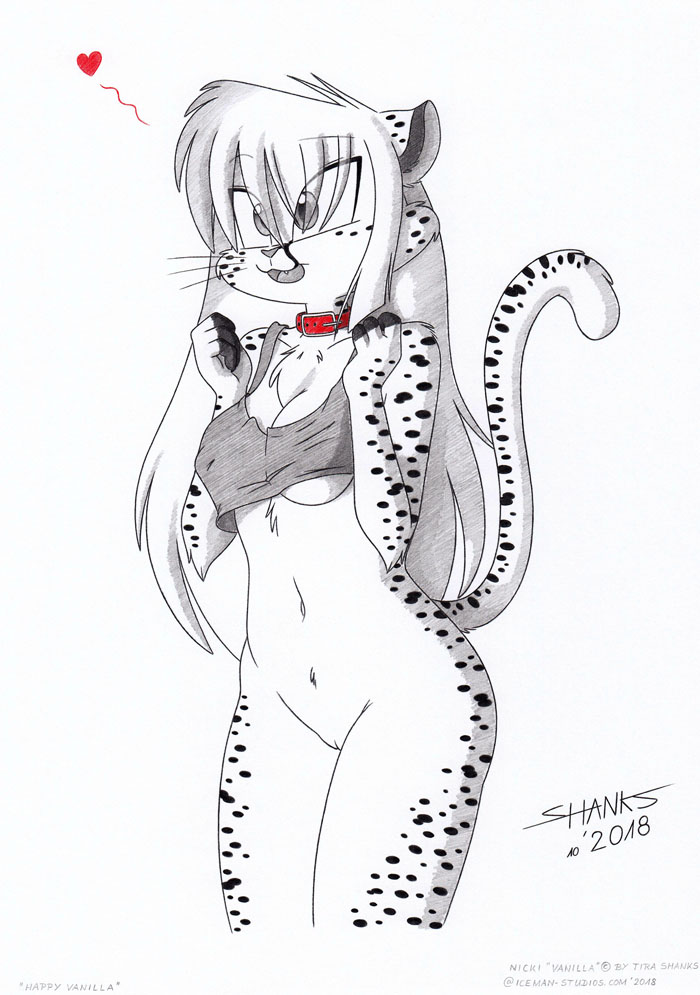 This is one of four hatching artworks from a series with Vanilla aka Nicki that I drew in October 2018. I love to create artworks that needs 2 – 5 hours for finishing. Hatching technique I never used many years ago. This has changed since end in 2016. After I created some sketches and filled an sketchbook in March and April in 2018 I learned how to draw in hatching style. Now I use hatching style most time in every second artwork or illustration in grey shading and in color.

Done in October 2018 with different pencils and a Polychromo red in round about 4,5 hours of work.