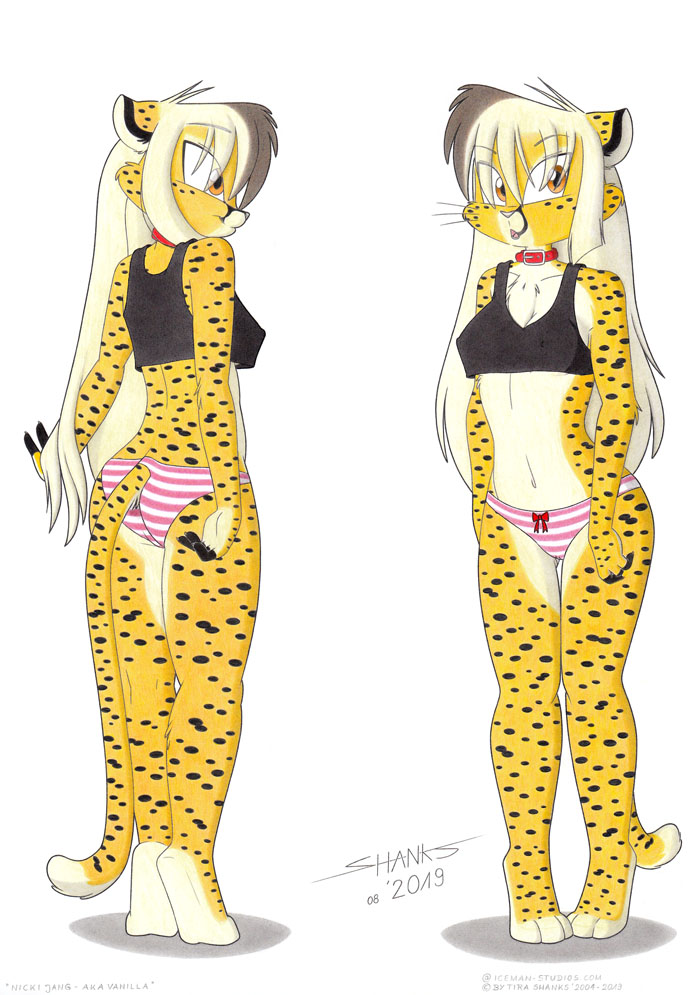 After I released Vanilla in her final colorated version in May 2019 I wanted to create a charakter sheet of her. Well… here is the final one that is presenting Vanilla^^

Here the nude version of her

Done in August 2019 with Polychromos and Fantasia colors in multible layers for the correct color mixture.
For this artwork I created the clothes on a different sketch. The put together with Vanilla was my first digital cut on two pictures. Wunderhase gave me support with it and I learnd how to work more digital. Thank you for that^^