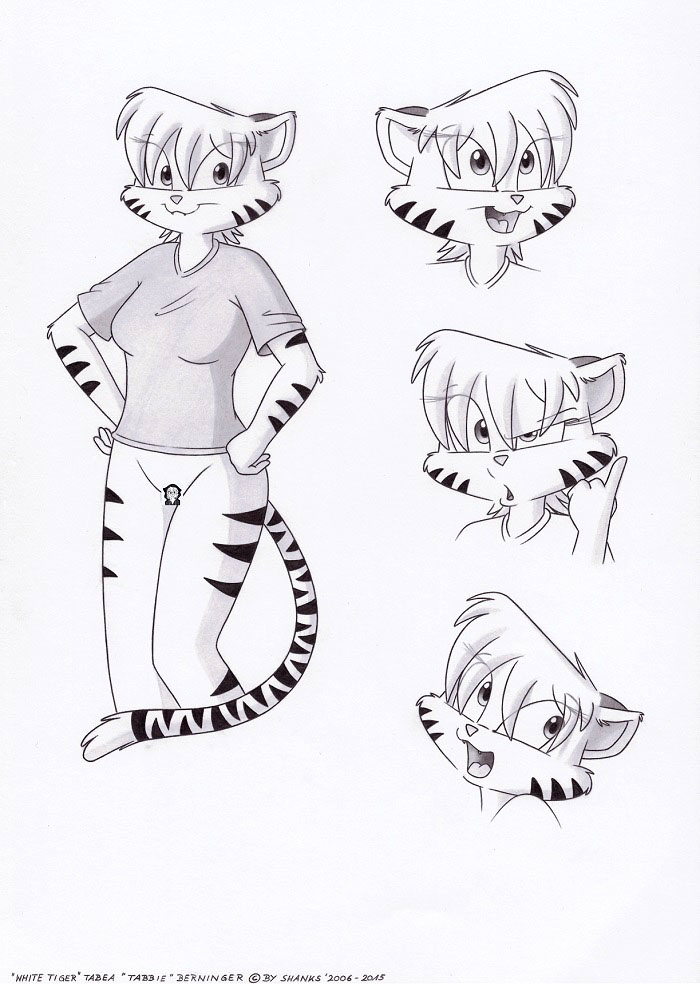 2006 was the year I wanted to create an white tiger girl. The history of Tabbie is true and here it is: Tabbies origin is a idea by an old girl friend (also called ex). I am always asking good friend for her favorite animals. And so a white tiger girl was born. The name sounds like a nickname. And this is true. Tabbie is the nickname of Tabea Berninger. The real name of my old girl friend. 1:1 from the original covered. With the years I don’t had contact to her anymore. But Tabbie is still alive and she’s living more than before. She’s the second main actor in my “Buzz’in Hornets” series and also she’s having a side role in “Lost Within”.
The sheet is not up todate for a bit. In the newest design she’s only have two tiger stripes in the cheeks. But that’s only one difference. The rest is still the same like the  origin of her in 2006.

Tabbie is in this Projects: