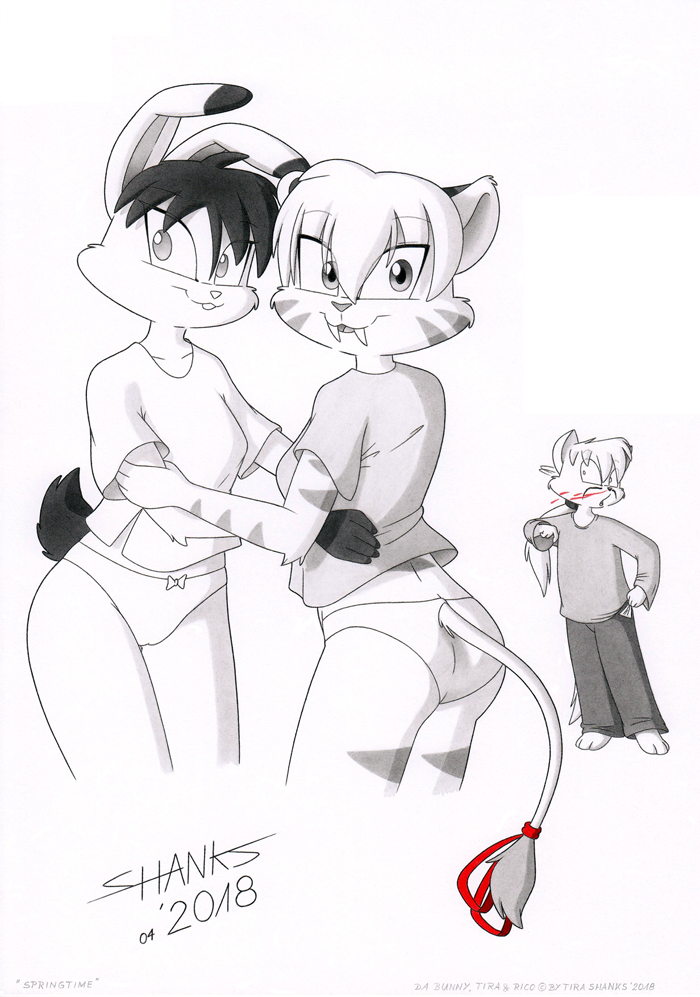 Every year again I do the “Springtime” artwork. This series exist since 2005 and I’ve done one piece almost every year. In this year I have for the first time two versions of this one. This here is the version for everyone. Also I have done a 18+ version.

In this year I have do some changes: Wunderhase (as girl) and Tira Shanks have the honor to show her love in spring. Tira is a little bit younger and she’s having shorter hairs. Rico is also a part in this picture series since 2009 and every time his nose is bleeding. Maybe he’s having luck everytime… or he’s having bad luck. This is a question that nobody can answer 😀

Done in April 2018 with different pencils and a strong Polychromo red for the blood and the bow, in round about 21 hours of work.