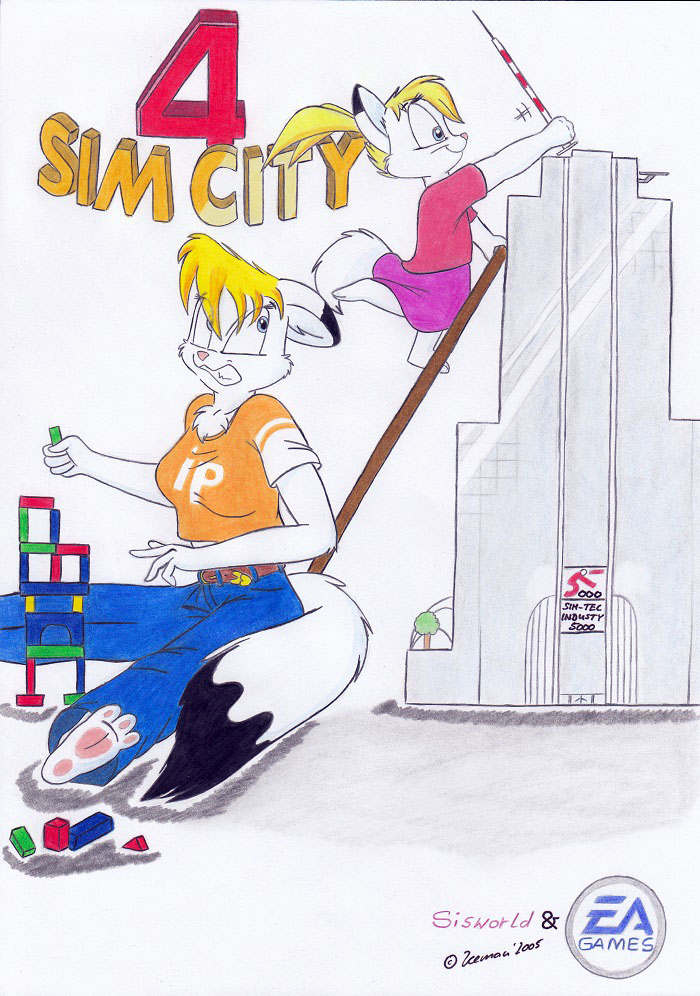 And again a game I choosed for fanart. In the year 2003 was the release of this really great game and I played it a long… very long time. Even today is Sim City 4 atill a really good game. The newer parts of this game series couldn’t never reaching the popularity of this part. But enough with game analytics. Once Sis-World was a comic project I never really started. 2004 – 2005 I created a few pictures and sketched a short comic I never ended with the two fox girls (Alica and her little I never had a name commited). Today the two characters still alive in other projects as Easy and Rachel and I changed it from foxes to cats. “Buzz’in Hornets 2 – Riot Act” will be the comic you can see both characters. Completely done with pencil and crayon colors.