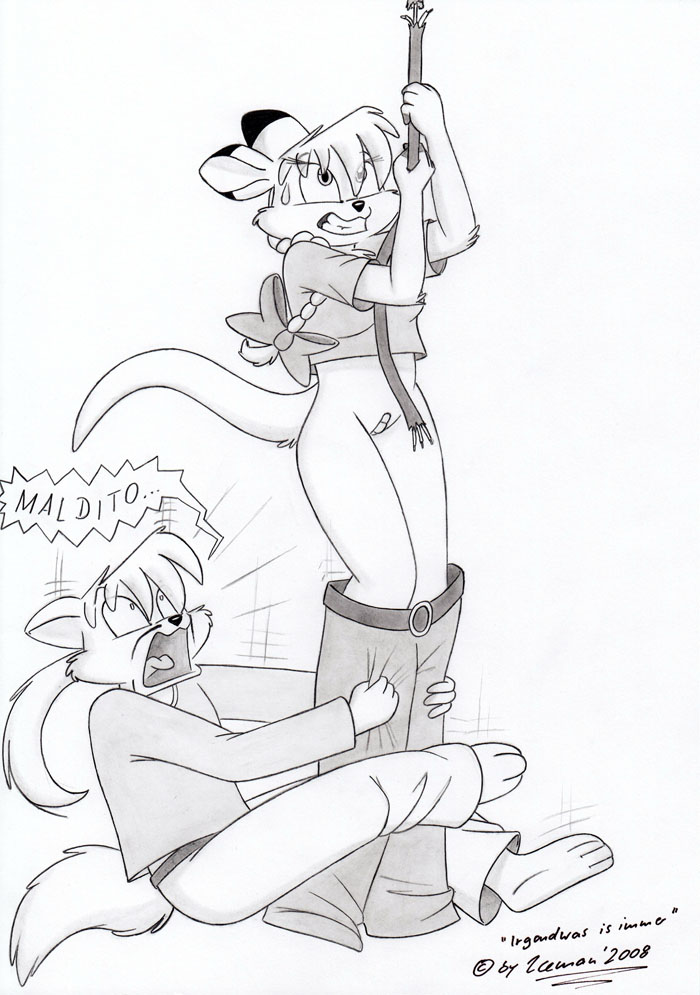 You need luck when you’re in bad luck. in 2008 this was a promotion for my Rico comic series that I created almost every year between 2006 and 2018. In some years I created one till three comics. Since 2019 this project has ended. But it looks good, the a come back is coming soon. I have some new ideas. A small update in the comic design and the layout and a new era of Rico can start.

Like in japanese Ecchi mangas I was using the cencor with a bandaid. Funny that I was using this censor only in 2008. There are a few other artworks with the same censor. This here was the first one^^

Done in May 2008 with different pencils in fine technique.