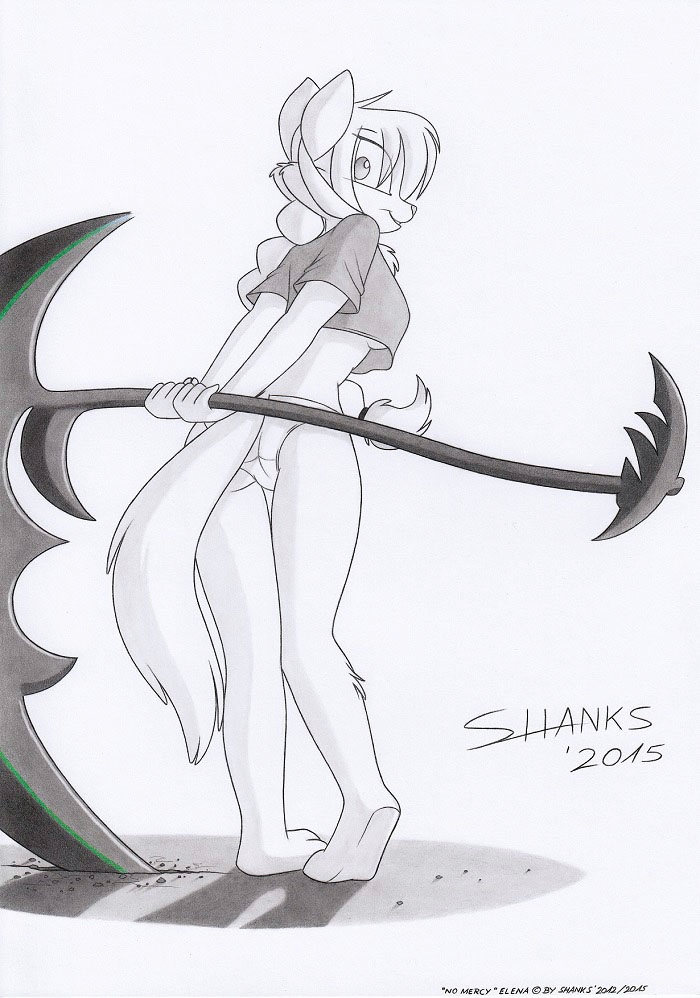 Elena lets no mercy prevail if she’s handling with big weapons. Already in 2012 she had the honour with the same weapon fron the game World of Warcraft. The weapons are not to heavy for her… but the destruction of the floor is the way of her “No mercy” tour and gives the picture the final touch. In 2012 I sketched the artwork as the next following picture of the first picture of her. But I finished it in 2015.