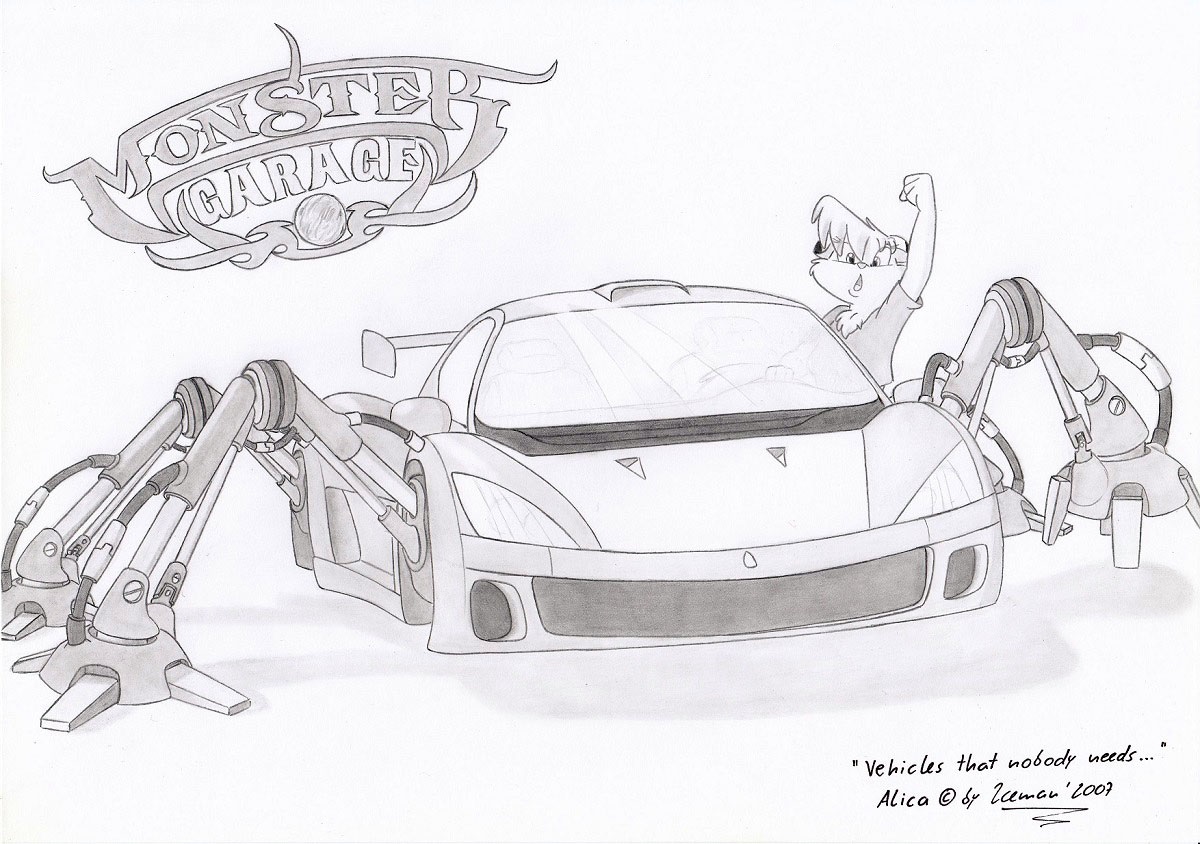 It’s some years ago this TV series was running. Building crazy cars from normal cars… mindless, useless but funny within a week with bounded money. Was the work not done after a week, the car got quite crashe with explosions and/or with a gatling too. This was the work of Jessie James.

In 2007 I created this artwork with Alica. My own fanart for this series with an 500 HP sportscar (Tommy Kaira ZZ) and mechanical feets. Nope, this idea is not a fake… this was an similar project of Monster Garage XD

Done in 2007 with different pencils in round about 11 hours.