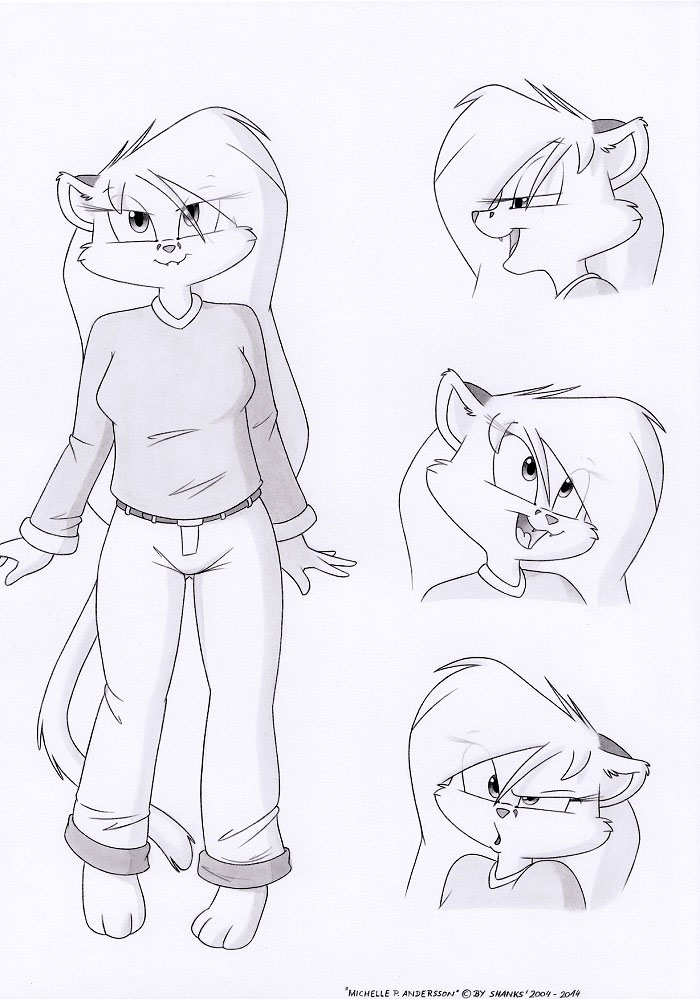 Actually in 2004 by chance developed is Michelle still today in the same design like in the origin. The cougar girl that in many comics appeared is more the silent character (in her conduct). She is also one of my oldest characters. In depence of her nordic background is her second name Andersson. The P. in her name stands by the way for Puma (cougar).

You can find Michelle in following comics: