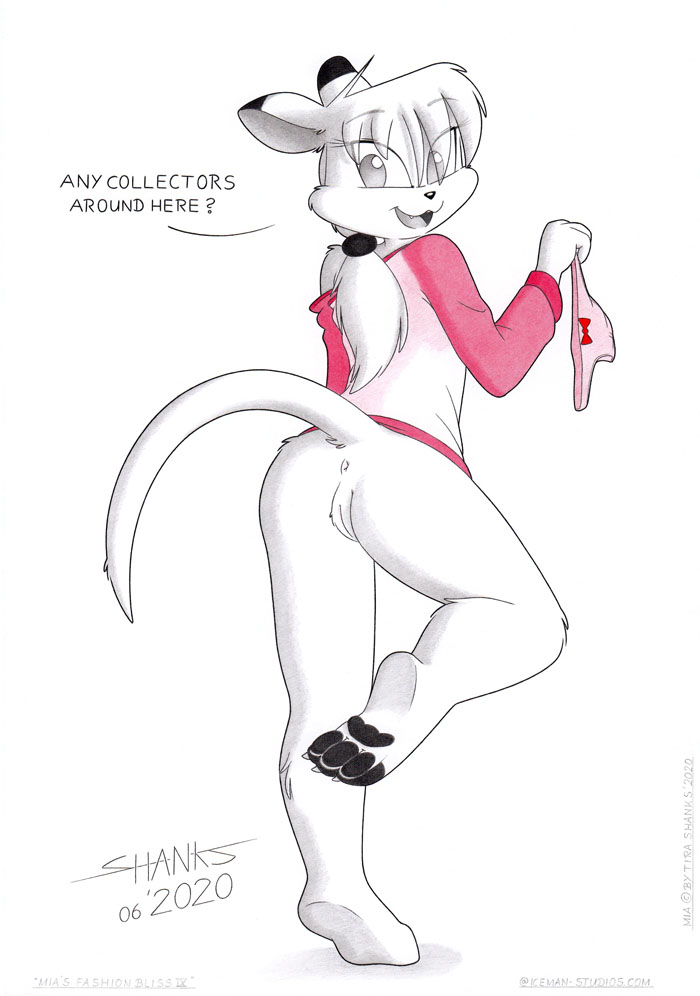 Part nine of this series with Mia that I create from October 2019 till October 2020.

After the eight part it seems like she has lost something and found it again. But now she don’t want wear panty any more… maybe you like it?^^

For those that want to know what’s going on: It started in October 2019 as I saw an Space Jam Movie sweatshirt in the same colors like Mia’s one. I love the combination of these different pink shades. So I wanted to create a series of three pictures with it. Now this picture series will have twelve parts. Mia is wearing sometimes socks, pantys and other accessoires that also could fly around of her XD

Done in June 2020 with different pencils and Polychromos in hatching style.