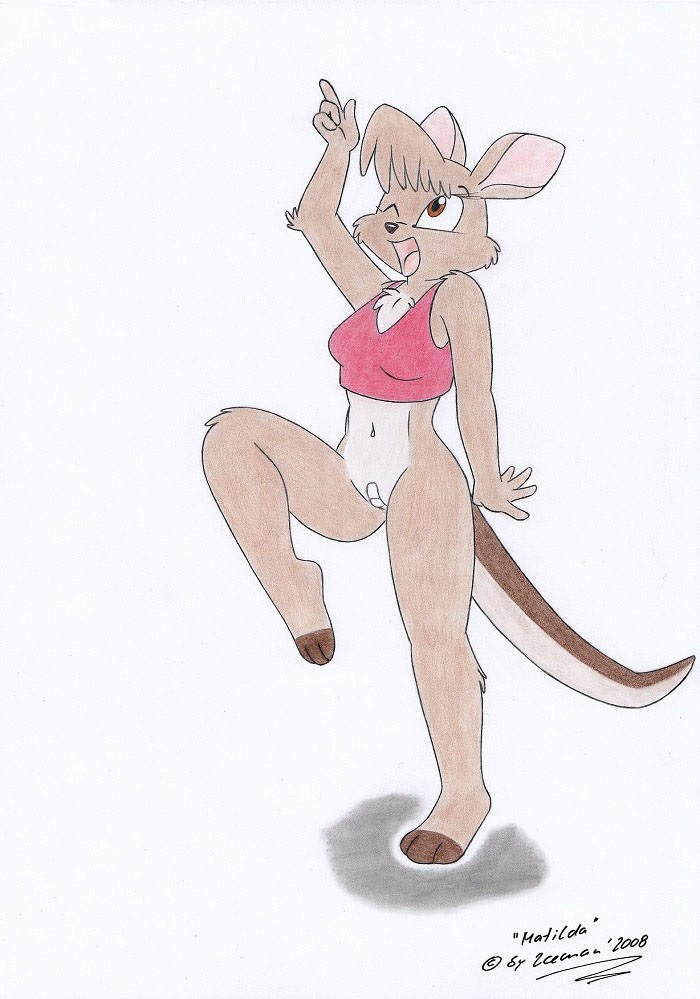 A quick fanart of Matilda from the cartoon “Skippy saves Bushtown” from the year 1997. I love the style of Yoram Gross. He’s also the head behind the cartoon series Blinky Bill. It was a idea to creat a fanart of Matilda (Skippys girlfriend). I think it is time for a remake next time. A better coloration would be a goal. I like the censor… Japanes style 😀

Done in 2008 in round about 5 hours of work with different crayon colors.