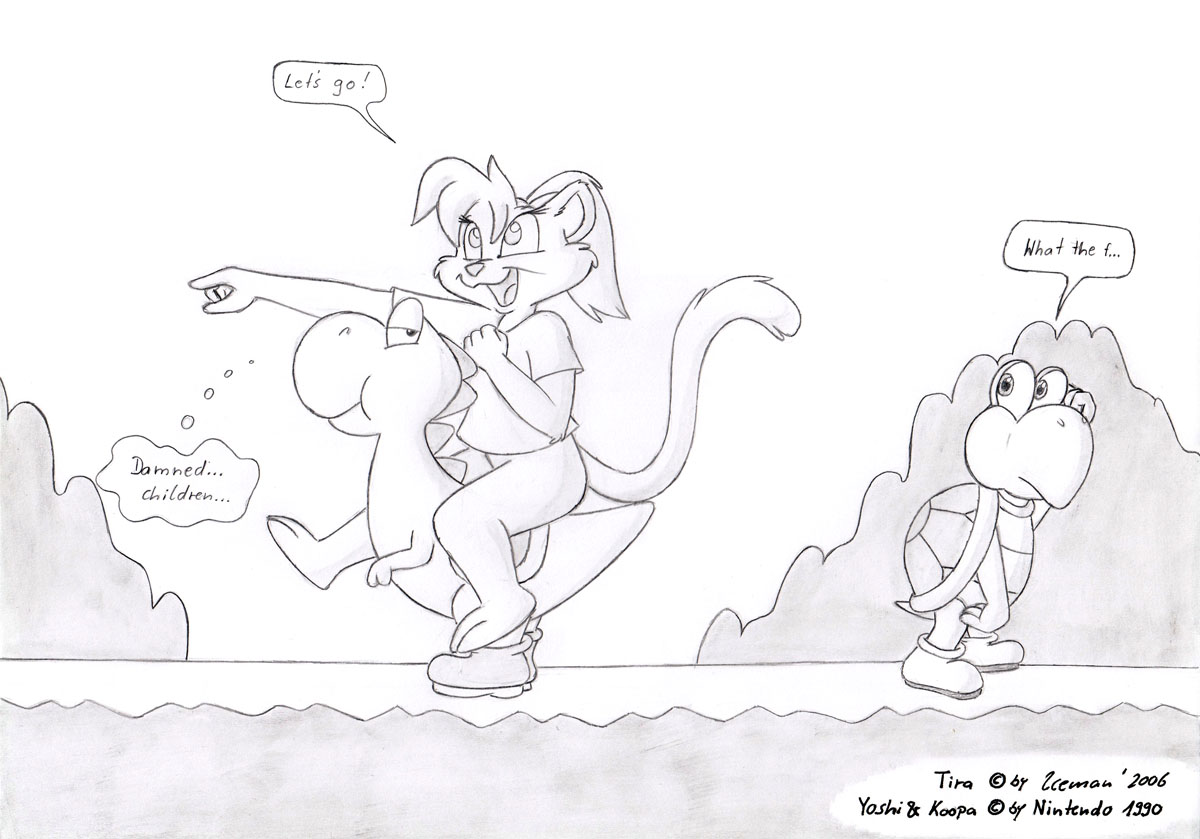 The first artwork in 2006 I drew Tira. This was the start of an character that builded a history of artworks of her and also an stand alone project since 2014. In the origin Tira was planed as child character.

The plan was to show her every time I drawing someting with videogame content and themes. Here it is Super Mario World including Yoshi an Koopa Trooper. Till 2007 the project was running. But then I developed Tira with new design, older and without video game themes. A further step of developement Tira became in 2014 and became the design I still using for her until today. Also Tira has been my avatar/sona/alias. I did some new developements on Tira in the last years, someting like mermaid version of her, older and younger Tiras, as centaur and something more. “PTC” – Project Tira Concepts is the name of the project of Tira. Why I drew her in the first years without tiger stripes? Well… once that wasn’t a option in design. Since 2007 I use Tiger stripe for her :3

Done in 2006 with different pencils in round about 10 hours of work.