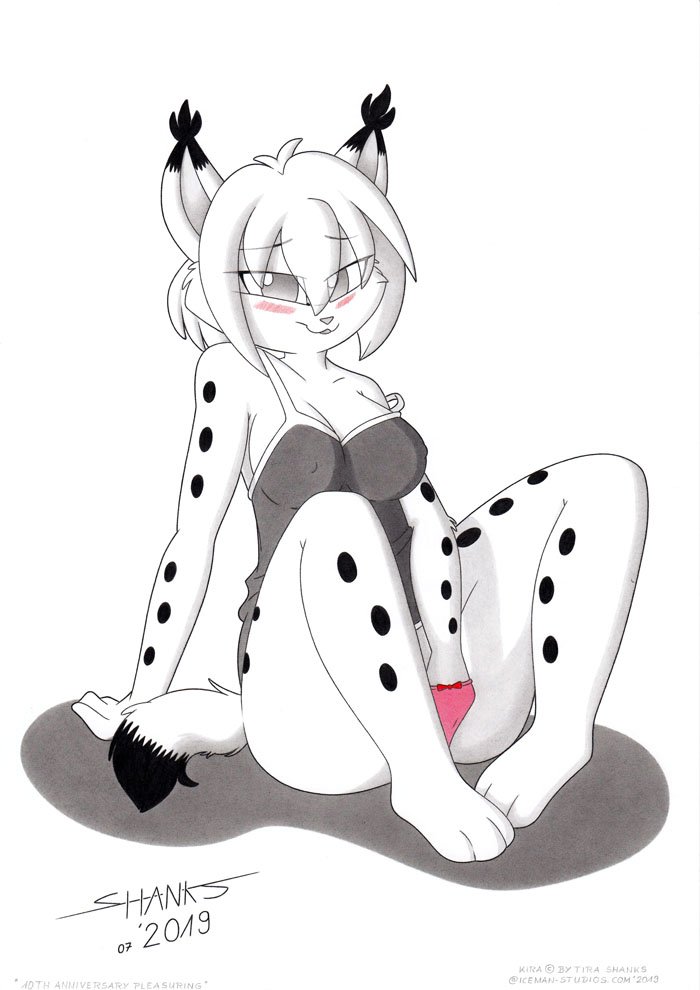 In 2009 I created Kira. She was my first char that has a modern design. A mix between toon and anime. That style is 95% the style I using for all my chars today. On the first few artworks Kira had no fur markings. That came in early 2010. A Lynx without fur markings… well… yeah^^

The title of this artwork is a hint for an remake. And yes, ten years before I hat created the same scene like on that artwork here. It was near 1:1 the same, but without fur markings and lower details and many less shadings.

Done in July 2019 with different pencils and Polychromos in fine technique.