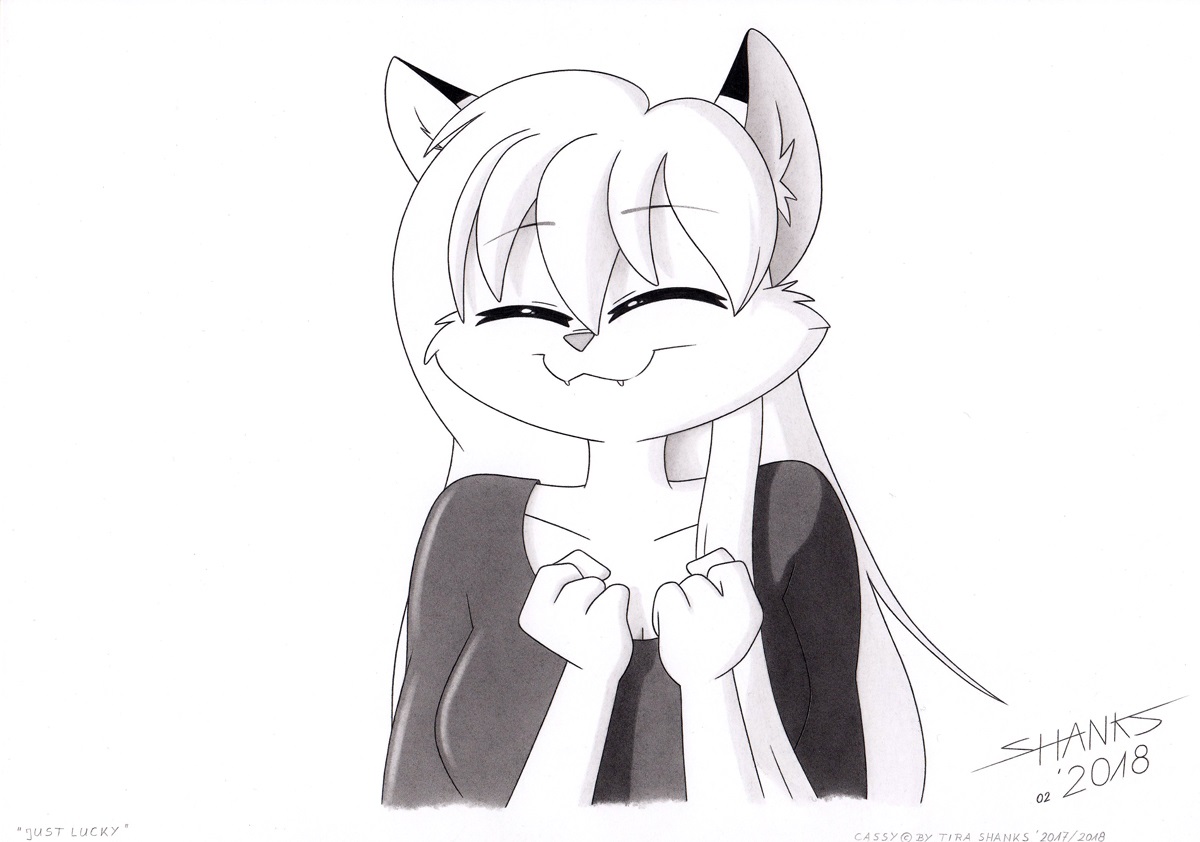 The 2018 artwork season is now open. This is the first 2018 artwork I posting in this year. I don’t need to tell something about this picture. The title an the emotions of Cassy tells most of it self. Only one thing: Cassy is more an rare character in the last ten years. She was one of my major characters in 2004 – 2007. In 2010 I gave her a new design like show as here. In future I will draw her more again.

Done in 2018 with different pencils in round about 15 hours of work.