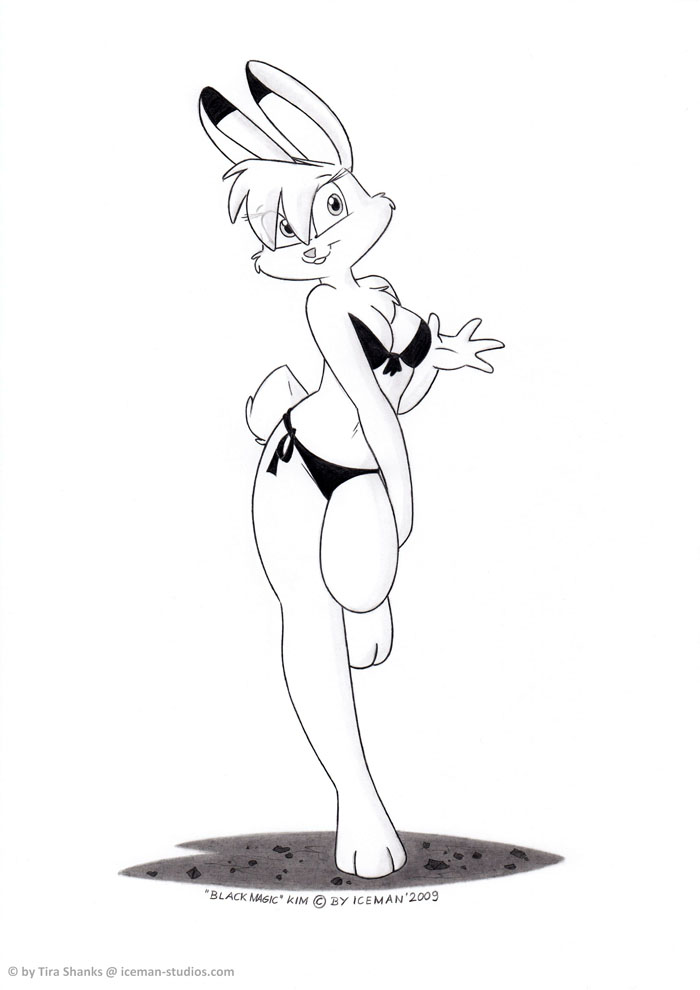 Let’s go twelve years back. A time I drew bunny girls very often. Jessy Lee Rogers was one of my very first characters from 2004. Meanwhile I had choosen Kim as new name for her. Why? I don’t know XD
But her name it’s Jessy again.

Rare but here I have drew black underwear or a bikini. It’s your choise what it is.

Anno 2009 the shading was not perfect like a few years later. Maybe this could be a reason to make a remake of this artwork^^

Done in May 2009 with different pencils.