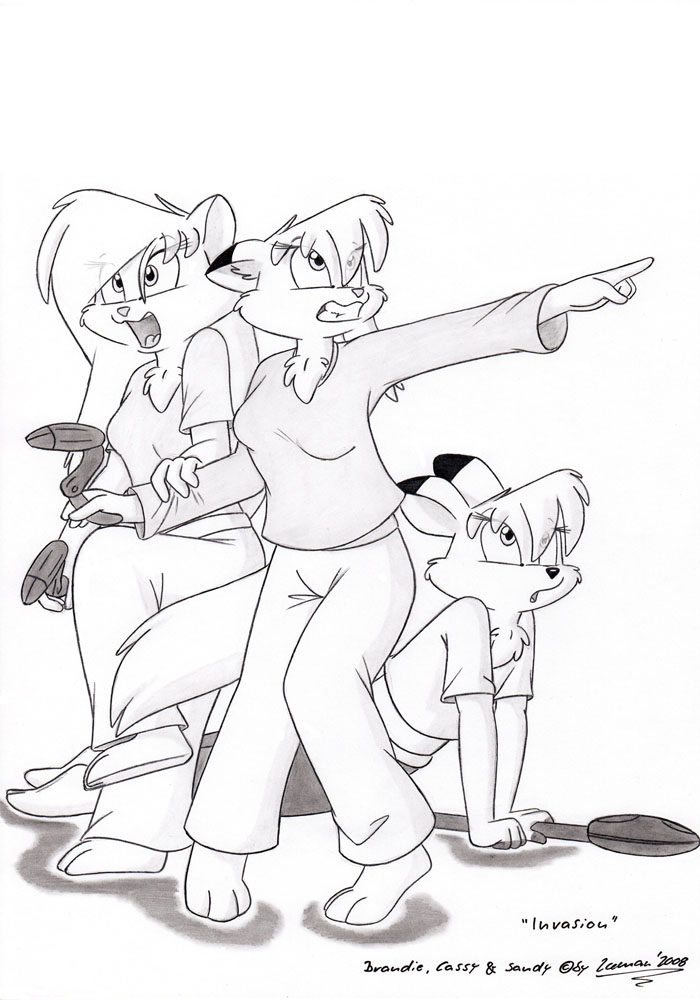 It is not an secret that I am Stargate fan. It is also not strange that I have done fanart for this series. Actually I am in Stargate fever again and in this case I will post this old work from 2008. The title discripes only the situation for the girls (Brandie, Cassy and Sandy).
Zat’nik’tel (also know as Zat gun) and staff weapon, done was the idea for this fanart.

Done in 2008 with different pencils in round about 10 hours of work.