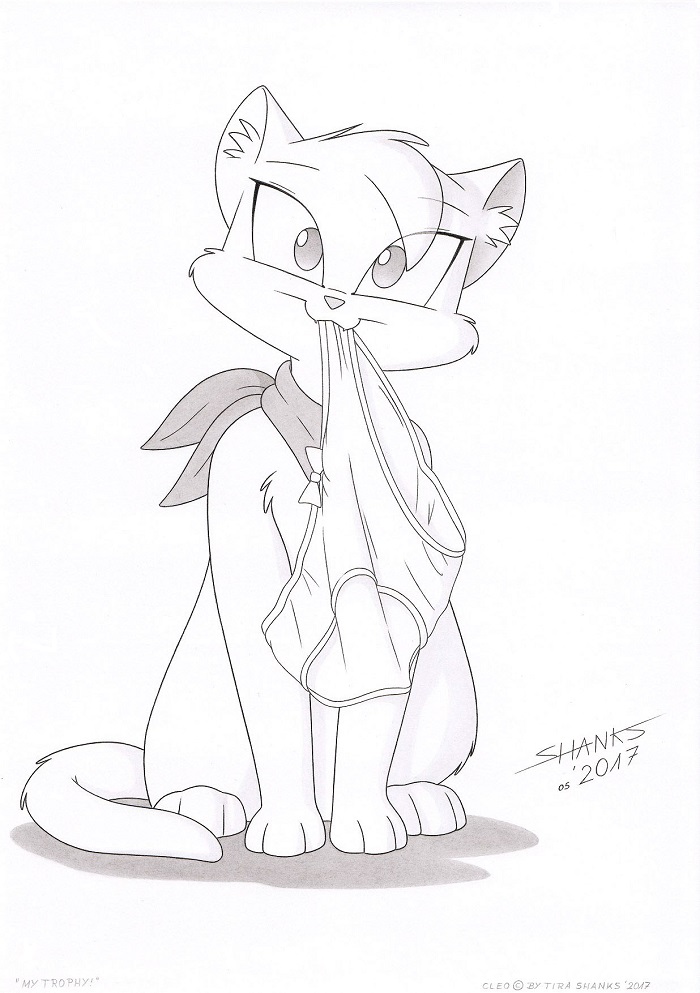 Get your Trophy was the slogan for a small picture series made in 2016 and 2017. Little Tira and little Wunderhase was stealing her pants again and again (Tira was the overlord). But this picture serie is older than known. The origin was in 2010 with this small picture series (You can brwose the gallery to find the other one). This artwork is almost the continuation of the 2010 artworks… almost. But it is also an part of the picture series that I made since 2016.

Done in 2017 with different pencils in round about 7 hours of work.