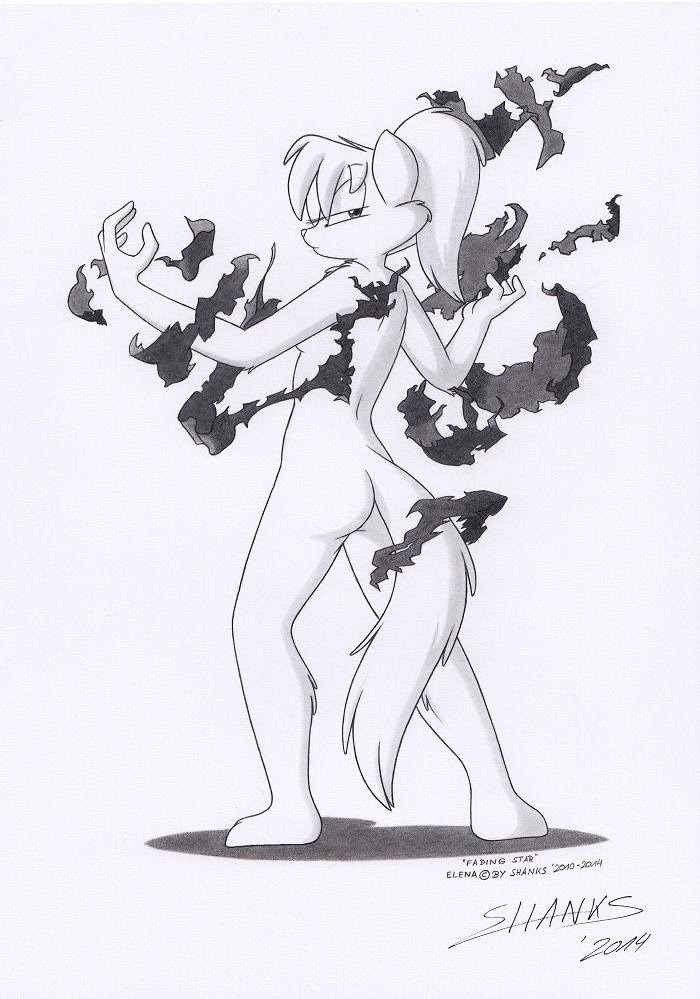 The end of an era should at the end of 2014 be Elena in her best known role. Sometime I had no more ideas for her in her black suit with green stripes. And a comic with her wasn’t also not created till today. What a shame I though. I had really fun with the intricatley artworks with 20 – 40 hours of work. It should only takes a few months till I found a few undone sketches from 2007 and 2010 were Elena is in full action. So I had do what I had to do. I made these pictures done. So the end of the era haves still time and maybe a comic will come next time were Elena is appear.