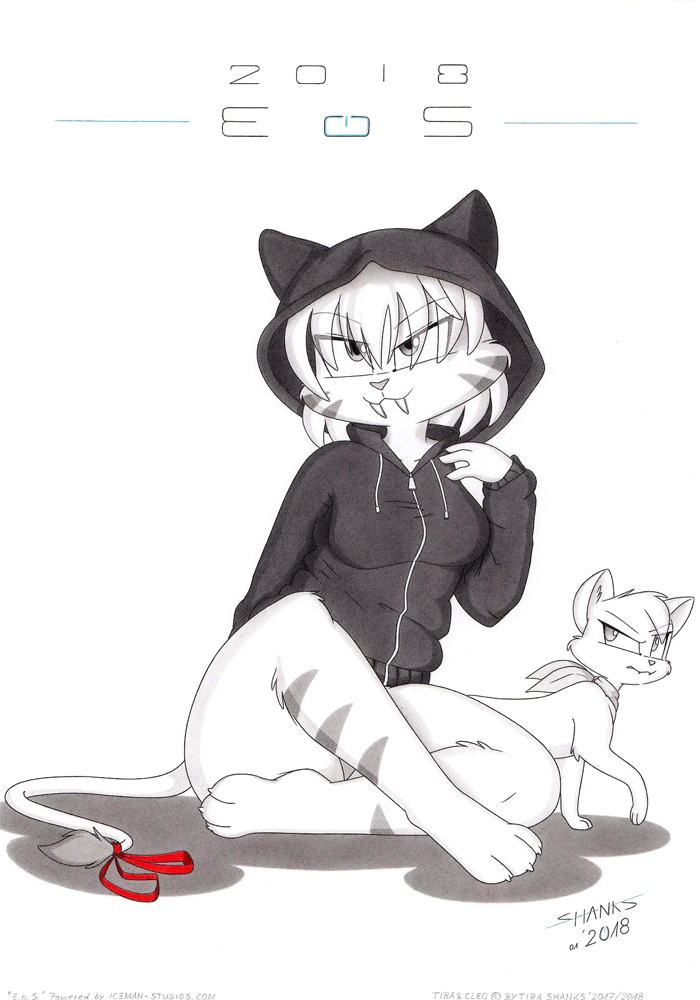 A new coverart for my upcoming comic project “End of Silence”. I changed the logo design a little bit since 2016. Cleo is also shown on the artwork and shows what characters also playing roles in this story. Production start was February 2018 after almost three year of planing. The production time will take a few years because the comic will coming in episodes and in this connection in more seasons.

Done in 2018 with different pencils and a strong Polychromo red in round about 22 hours of work.