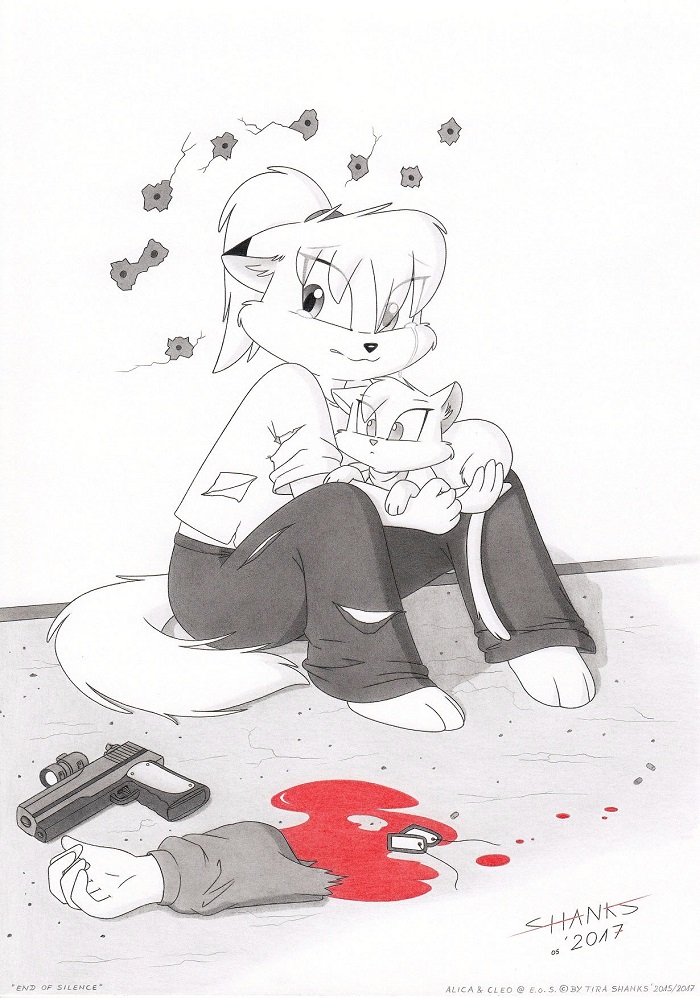 The “End of Silence” – the name of my upcoming mega project – is coming near. It’s been now two and a half year gone I was collecting ideas, story contend and features and noticed everything. The name also has changes a few times in the beginning of the plan. I never planed a project so intensive like this one before – Lost Within is most improvised. I am not alone the creator in this project. Taly is also involved with story telling and character developement. The time for the beginning of the production is coming near and it’s time to post the first offizial art of this project.
Here we have a in 2015 skeched artwork that I finished in 2017. It shows the young Alica and the cat Cleo in her arms. The reason of this situation in this artworks is still an cliffhanger. But it shows a little bit what E.o.S. would brings soon. 🙂

Done in 2017 with different pencils and a strong red crayon color in round about 14 hours.