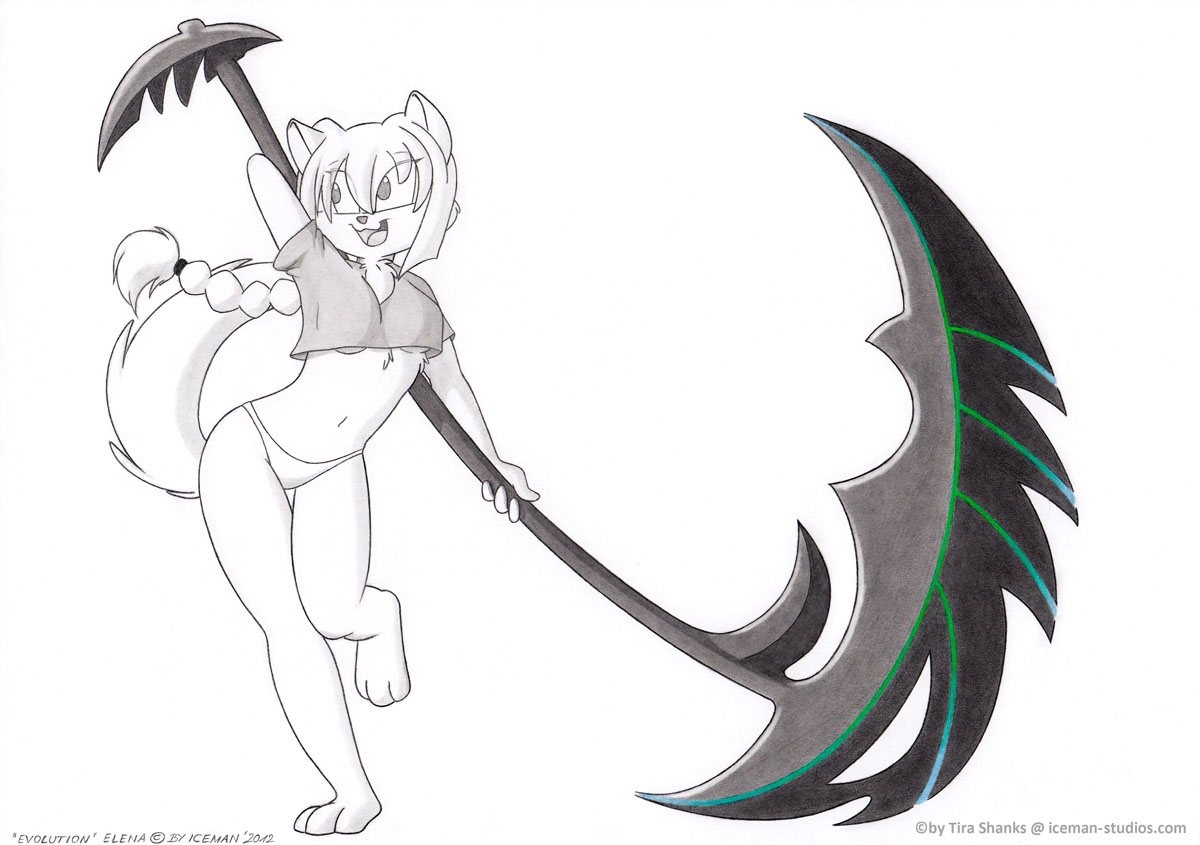 Big weapons and sweet kittys. I’d choosen Elena for this picture series that I made from 2007 – 2012. Axes and scythes were the weapons of choise. The bigger the better!

Why that big weapons? It comes from my active World of Warcraft time (2009 – 2018). The weapons in the game are similar and sometimes really big and also sometimes bigger than the character itself XD

I made this artwork three months before I stopped with art for two years.

Done in May 2012 with different pencils and Fantasia colors in fine technique.