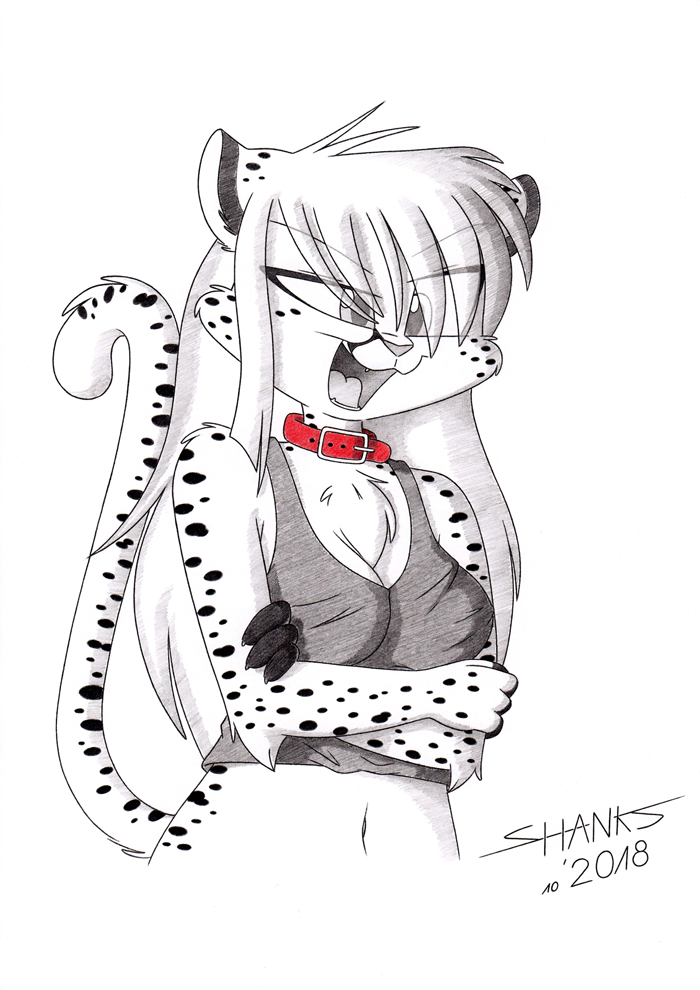 It was only an test, if I can use hatching technique for my art. Meanwhile I am sure it was the best technique I learned since I learned drawing in 2003. I love to create artworks in a few hours. Now I use different techniques to finishing artworks. Hatching and full shading. I use hatching since end of 2016 and evolving it step by step until today. Meanwhile every second artwork is using hatching style. It make really fun and it’s also very fast technique to draw^^

Nicki aka Vanilla was until to this artwork here an concept character that I drew only one time in 2017. But in 2004 I had already ideas for an cheetah girl. 14 Years later the time hase come to put her in my charakter pool 😊

Done in October 2018 with different pencils and a Polychromo red in round about 4 hours.