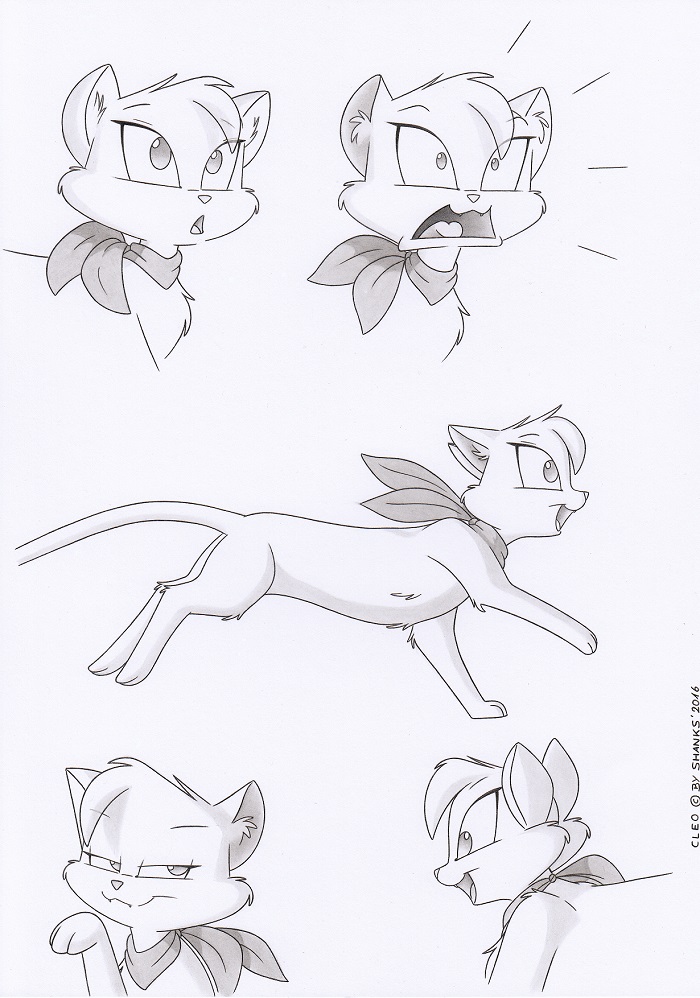 There are no big differences in contrast to the 2009 character sheet of Cleo. But this is good because you can not really changing many things on a half away realistic cat… and you shouldn’t changing to much. The few small changings are the eyes and the build in body. Cleo the cat is together with Alica Fox an Tira Shanks a main character in “End of Silence” and will seem in one of the first episodes. Her part will have  far-reaching repercussions. But I don’t want to give away to much because no one want’s to read the comic then 🙂

You can find Cleo in following comics: