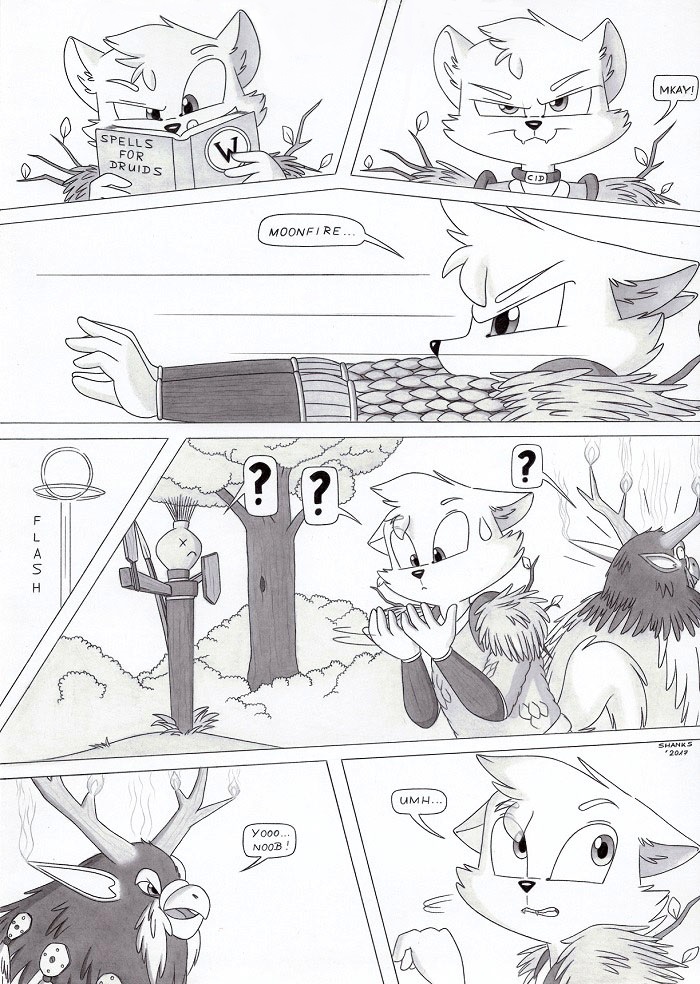 A druid what’s learning at first the spells from the spell book and it testing it on the testpuppet? Well, the shoot (Moonfire) backfires…  proverbially. The owl is not really amused about that.

The first comic commission für Cid. Normally I don’t draw comics by commissions, but I make exceptions sometimes how you can see. Also there is a second premiere: Actually planed in 2006 but never goning to be real, comics about WoW. In the past I preefers Counter-Strike and Grand Theft Auto 4 comics. Now finally a WoW comic. This should be not the last comic in WoW universe, also not the last comic commission. Also I wanted to make a continuation soon. For the char I used a light version of the T1 druid set from WoW. The owl is also the original from the game in an small different comic look. Oh… and it’s the first full english comic from me, even it is not much text inside 🙂

Done in 2017 with different pencils in round about 15 hours of work.