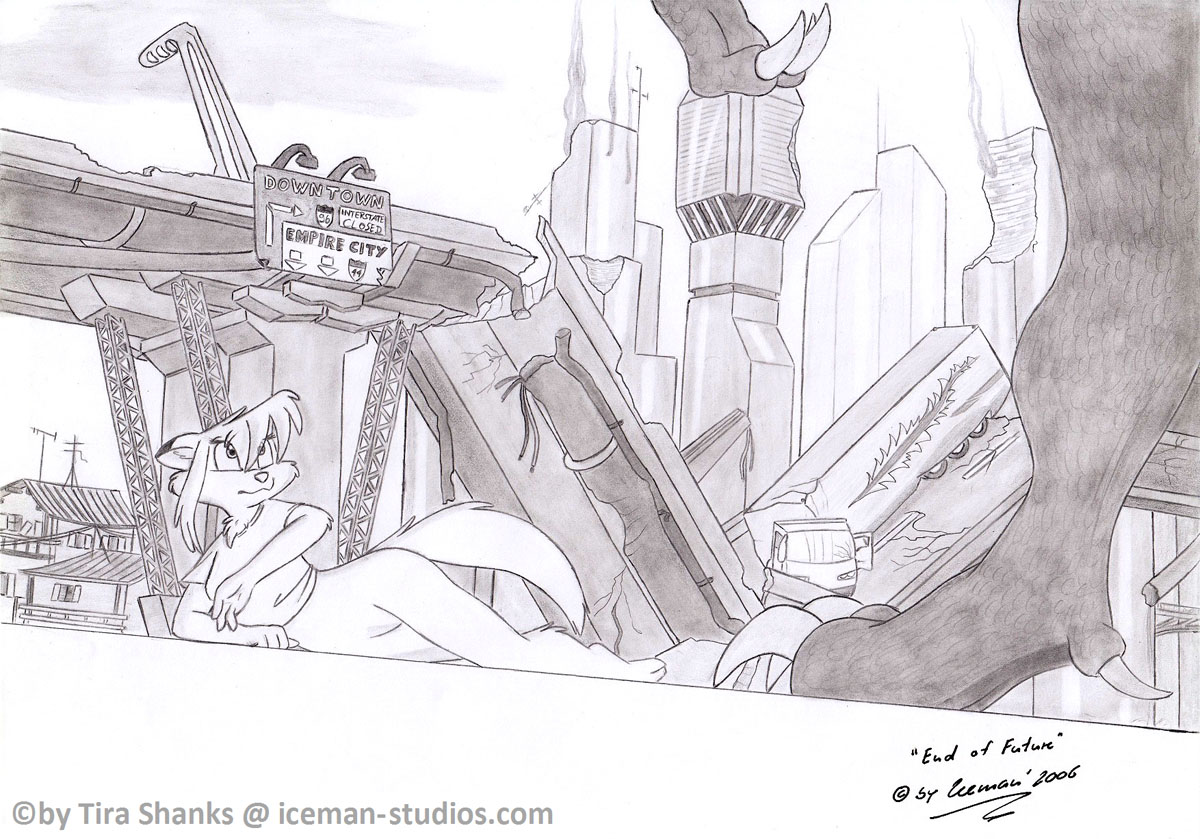 2006: A time where I was full in my developement as artist. Drawing technique and character design are still not perfect but I wanted to draw artworks with many details, backgrounds and my new characterstyle that I started a year before and draw till today. Many further developement came in the last years. But my current style is based of that style that I using since August 2005.

Cassy (aka Cassedy) is looking similar to my Alica from today. I haven’t drew Cassy since many years. Both are from the same family and Alica can take that roll of Cassy too (the optical design) until I will do an new redesigned Cassy.

Science fiction, postapocalypric scenarios and future… I love all these themes and drew many artworks in the first years with that and included my characters.
Today this looks different. My charcaters stand in focus of my art and I don’t draw detailed backgrounds any more and deeper storys are only part of comics.

Done in August 2006 with different pencils.