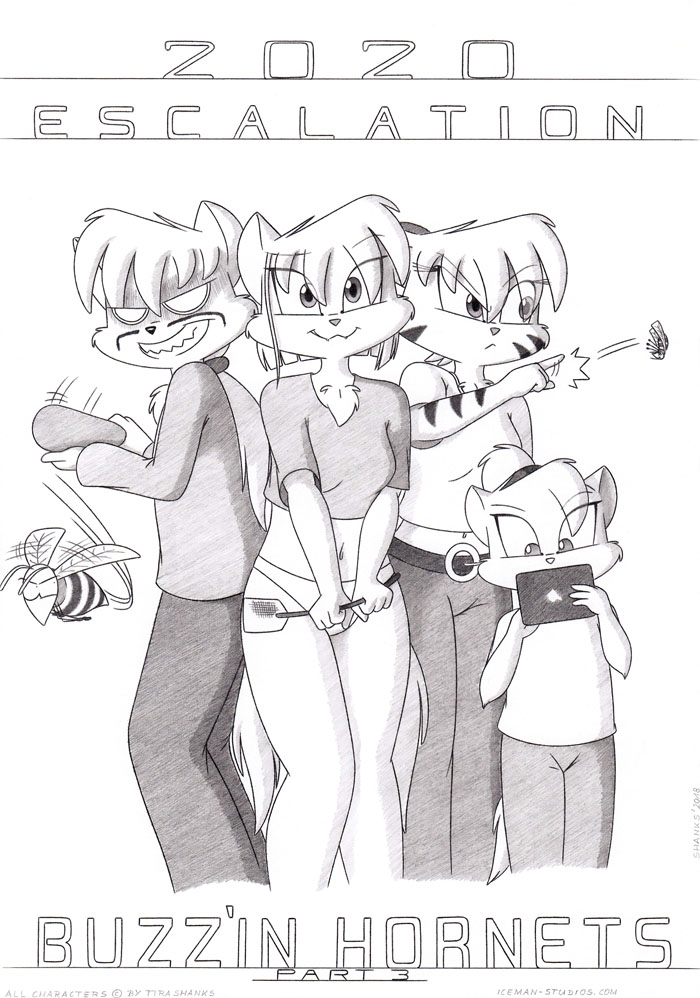 This is the official announcement: The third part of “Buzz’in Hornets” is in production since Jan. 31th 2020.

The hunt, the battle and the slapstic goes to the next round. After a long time of planing the story is written, the characters are updated in design and more. It’s running^^

Part three of this comic series ist not a continuation of part two or part one. This is a stand alone story with small connections to the first two parts. Unfortunately the first two parts are written in German. Maybe I will do a translation in future. Part three will produced in German and English.

Q: Which character will be in the comic?

A: There would be the same characters like in the first parts and a few new charcters. But no leaks about the new ones yet.

Q: How many pages the comic would have?

A: This is a pending option. I have to look how fast I can proceed the production. I will have free hand to put some additional story parts in the plot without cutting the plot to much.

Q: When the comic will be done?

A: It’s done when it’s done… to say it with words like some game studios. The first part from 2007 was done within a month. The second part from 2015/2016 took nine months because of the demanding production. So it could took a longer time^^

Q: Do you show something from the production, so we can believe you’re working on the project?

A: Well… maybe yes. But it don’t want to tease to much. But I will post for time to time some teaser from 2018.

Q: Would the comic in english language?

Q: Can I let you know some ideas for the comic?

A: No, the story is written and I will bring some surpises in that comic.

F: And… Easy is in action in her undies again?