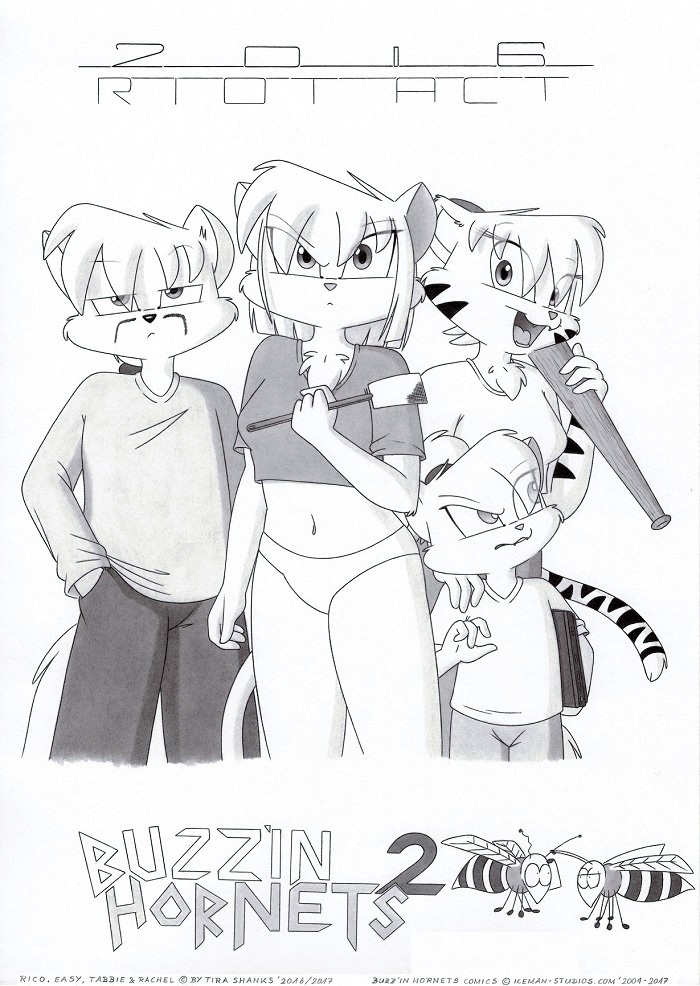 Meanwhile most of you should know my latest, finished and second big project. For thoose who didn’t know it yet, please follow the link to
Buzz’in Hornets 2 – Riot Act.
It was only a question of the time till I will produce a second part of my 2007 project Buzz’in Hornets. But I didn’t tough it would takes round about ten years. Good things come to those who wait…
2009 I planned the second part and worked two artworks out (cover and teaser). But it tooks till 2015 I finally started the production. On Dec. 29th 2016 I finished the comic fianlly and is with 44 pages 20 pages longer than the first comic. On March 18th 2016 I posted the first eleven pages because it was the same day ten years ago I finished the first part. The other 33 pages I posted in the three weeks after with eleven pages each week.

The characters Easy, Tabbie and Rico also the hornets Siggie and Roy were already actors in the first part. The newcomer Rachel – the little sister of Easy – I created only for this comic. More facts you can read at the end of the comic. But be carefull, the comic is only in german language because I drawed it by hand. A translation is planned and I will pick it up in 2018. Thanks for understanding 🙂

This picture is done in 2017 with different pencils in round about 18 hours of work.