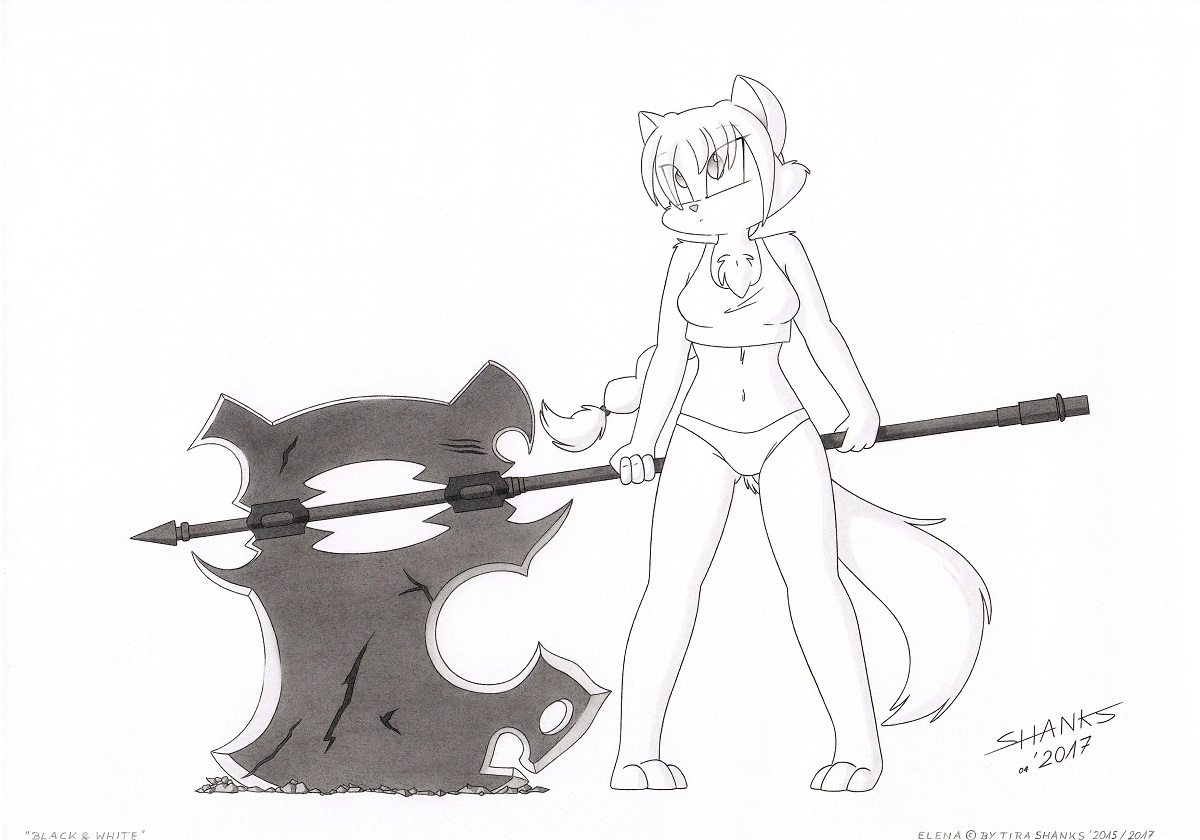 The title means the colored difference between Elena and the most likely oversized weapon. It’s almost a few years ago I drew artworks like that. It was time to create another one again 🙂
I sketched this one already in 2015 and was once the last one of the “Elena with big fantasy weapons” series.
Here I created Elena in a light chibi version. The weapon itself has no example. But the idea for this weapon came from a time I played a lot of time World of Warcraft.

Done in 2017 with different pencils in round about 10 hours.